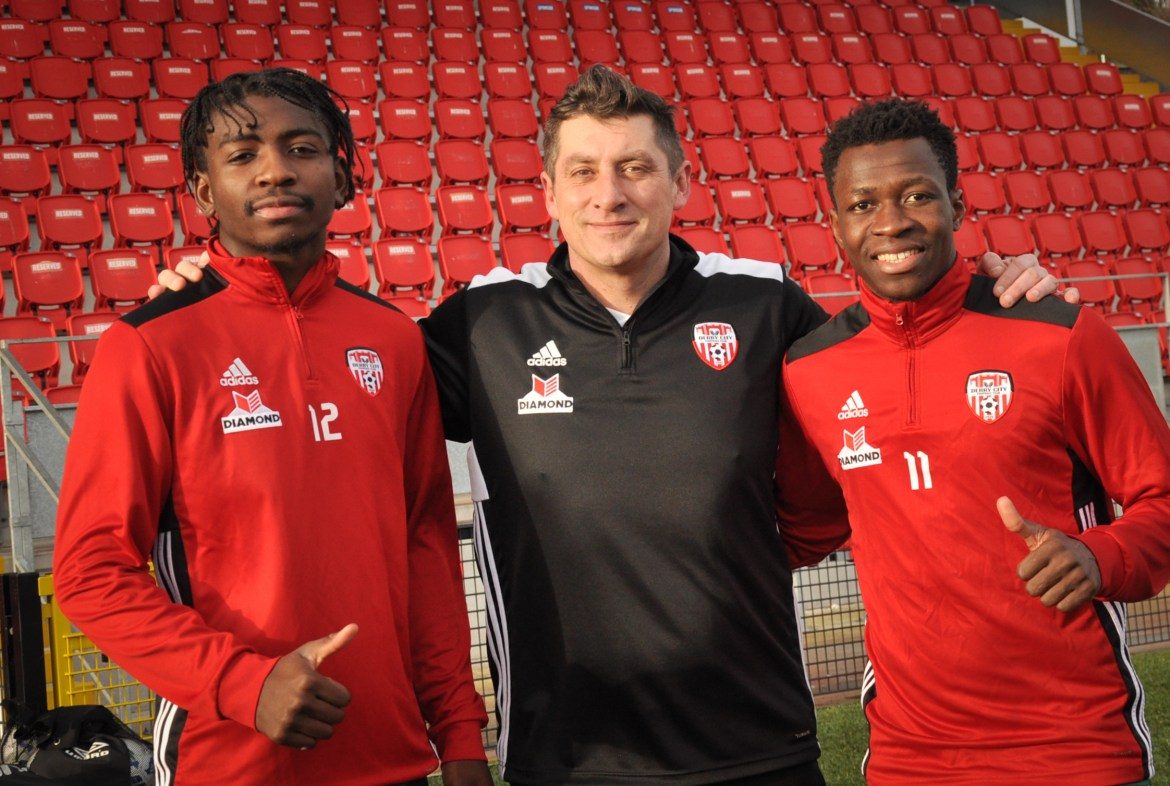 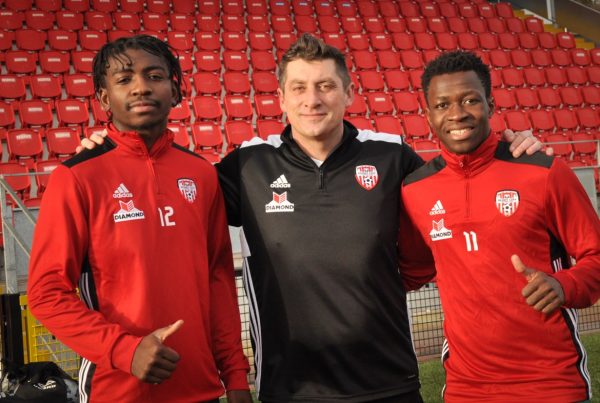 DERRY City FC have confirmed that Danny Lupano and Moussa Bakayoko have joined the club ahead of the start of the 2020 season.

Moussa Bakayoko has been training with the club for a number of weeks and featured in the pre-season games against Finn Harps and Institute switching between the wings and an attacking midfield role.

The 23-year-old signs a 1-year deal and started his career with US des Clubs de Grand-Bassam (USCB) in the Ivory Coast, before moving to Morocco and signing for Raja Casablanca.

After 2 years with the Morrocan side, the youngster was on the move to Armenia where he signed for FC Shirak. Bakayoko appeared over 70 times for the Armenian side, helping them to secure a Europa League place in the 2017/18 season.

Danny Lupano joins on a 6-month loan deal from Hull City, where he has been part of the Tigers U-23 development squad.

The 19-year-old Belgian plays at centre back and will add competition for Ally Gilchrist and Eoin Toal in this position.

The youngster joined Hull from Birmingham in the summer of 2019 and has been a regular feature of their development side.

City boss, Declan Devine, spoke after the recent friendlies about his desire to add further competition to the centre of his defence.

“We know we need a bit of competition in the squad, especially in the middle of our back four.

“Eoin (Toal) and Ally (Gilchrist) have been absolutely great for us last season but it’s a new season and we need competition to drive it on.

“And we have a couple of options in the pipeline. Competition is healthy.”

The Candystripes are due to kick off their 2020 season away to champions Dundalk on February 14th.

And its first home game will be the following Friday as Finn Harps come to the Ryan McBride Brandywell stadium for the North West derby clash.