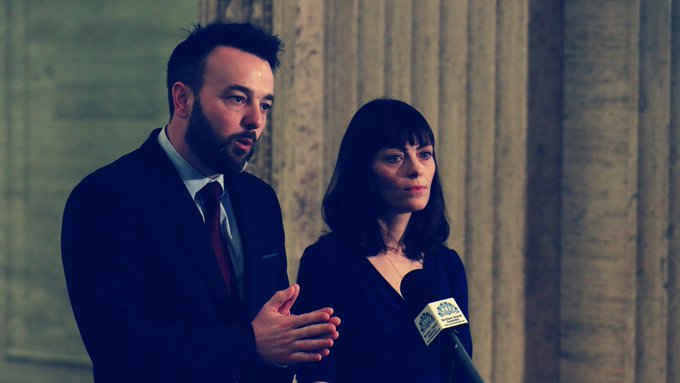 TWO Derry-born special advisers based at Westminster in London have been recruited by the SDLP.

The chief of staff for Westminster SNP leader Ian Blackford is heading to Stormont as a special adviser.

The young Derry woman was previously the SDLP’s head of campaigns before returning to London to work for the SNP.

She is “very highly respected” at Westminster and would be greatly missed by the SNP.

He is to become Mr Eastwood’s senior parliamentary adviser in London.

The 26-year-old Derry man will move over from Labour Party staff to the SDLP next month.

The two high-profile recruitments point to the revitalisation of the SDLP following its record-breaking votes in Foyle and South Belfast in last month’s Westminster election.

Mr O’Toole, who is from Downpatrick, had worked for the communications’ agency Powerscourt, as well as for the Treasury.

Ms McCamphill had quit as SDLP head of campaigns in 2018, less than a year after taking up the job.

The loss of its three MPs in June 2017 had placed the party under increasing financial pressure.

But there has been a resurgence in the SDLP’s popularity among voters at the expense of Sinn Fein.