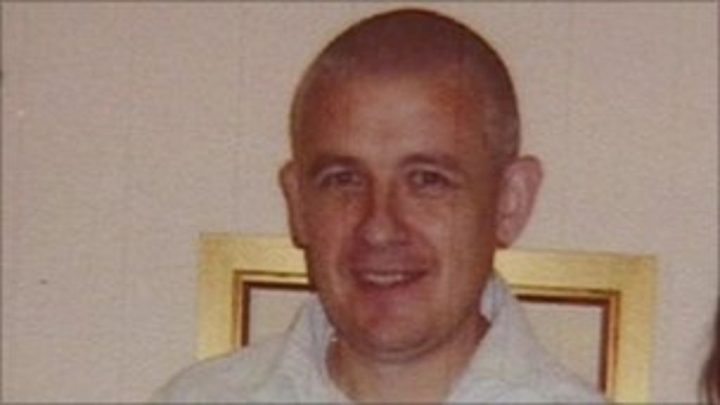 A FORMER IRA prisoner “impulsively” killed himself three minutes after he was left alone in a Derry police station,a coroner has said.

His solicitor John Finucane had just told him he was to be charged with an offence following an altercation with his brother-in-law.

Mr Finucane had left the room to talk to police, and returned to find that his client had killed himself, a court heard.

Coroner Joe McCrisken said there had been failings in Mr Brady’s treatment by police.

“It seems to me that he acted impulsively having been told of the decision to charge, potentially having spent a short time ruminating about a further period of time in prison,” he said.

“I have said this before in other inquests, but it always bears repeating: suicide is a permanent solution to a temporary problem.”

The PSNI officer in charge of the police custody suite thought Mr Brady had been placed in a cell with standard anti-suicide provisions built in.

He was actually in the consultation room alone and unsupervised, the coroner told the dead man’s family at Omagh courthouse in Co Tyrone on Wednesday.

Mr Brady was from Strabane and was on temporary release from prison when the suspected offence happened.

The coroner said he was arrested in a proportionate fashion and properly assessed as being of low risk.

He did not criticise the decision to press charges.

Mr McCrisken added: “Certain steps were taken to protect Mr Brady while he was in custody but there was a critical failure to supervise him properly when he was placed into a consultation room after the decision to charge was taken.”

She said: “The family’s life have been put on hold.

“He was a son, a brother, a loving uncle.

“He is a big part of our life that has been taken away from us and we will never get it back.

“The third of October turned our lives upside down and will never be the same again, has not been and never will be.”

In May 1991, Mr Brady was sentenced to life imprisonment for the murder of reserve constable David Black.

He was also charged with 41 other terrorist offences.

He served eight years in prison before his release on licence in October 1999 under the Good Friday Agreement’s provisions on paramilitary prisoners.

In 2003 he was returned to jail after being charged with possession of a firearm, a prosecution which was subsequently dropped.

Mr Brady did not know the reason why his early release licence remained revoked and he was not freed.

The “model prisoner”, with friendships across the community divide, had only six weeks left to serve when the incident which caused his arrest happened, the coroner told the inquest.

Following a family disagreement, he met brother-in-law John Kennedy while collecting his sister’s children from school during temporary release.

The coroner said a “physical altercation” took place between the pair, who differed on who started the fight.

The coroner said the layout of the police custody suite was “unsatisfactory and unhelpful” since the officer responsible for the safe detention of suspects had no proper view of the cell area or corridor.

He criticised “systemic” police failings, while exonerating individual officers, and said there was no prior indication that Mr Brady might self-harm.

A shift change in the sergeant in charge of the custody suite was noted.

The coroner said: “Custody staff should be trained to expect the unexpected.”

He said Mr Brady was expecting to be charged when he died.

“It is possible that up until then, he had been ruminating in a pathological way about his potential return to prison and considering a lengthy court process which may, once again, result in the revocation of his licence when he was so close to being released,” the coroner added.

He said the attendance of intelligence officers at the custody suite seeking to speak to him did not cause or contribute to his death since Mr Brady did not know they were there.

The coroner urged Stormont’s new Health Minister Robin Swann to take serious steps to tackle the issue of suicide in the short and long-term.