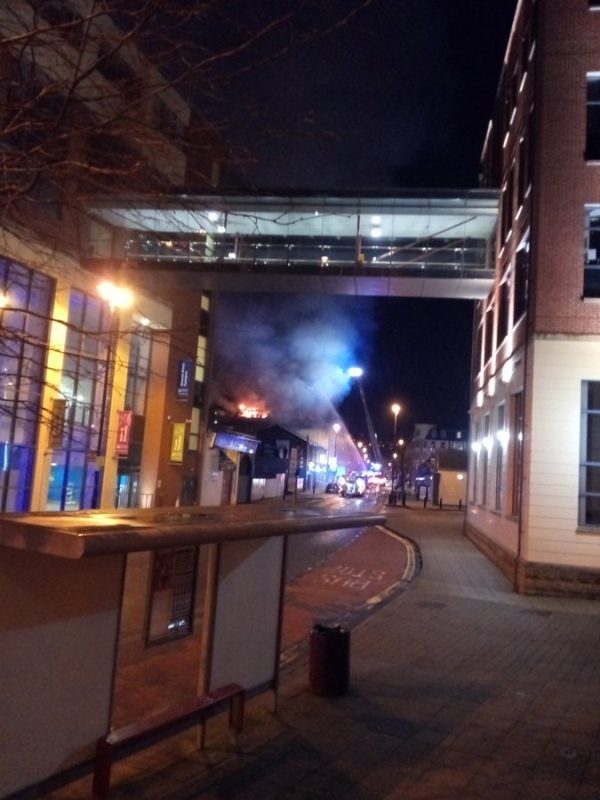 The scene of fire on Strand Road at Evny nightclub on Thursday. Fire now treated as arson, say police

POLICE in Derry have launched an arson investigation over a fire at a nightclub at Strand Road on Thursday, January 9, and have appealed for information.

Over 50 firefighters were involved in tacklin the blaze at Envy nightclub on Thursday evening.

“Officers attended immediately and evacuated nearby properties and closed a number of roads as our colleagues in NIFRS dealt with the fire.

“The NIFRS has ruled this to be deliberate ignition, and so we are treating this as arson.

“The investigation is still at an early stage and we have no motive for the attack and we are keeping an open mind.

“I want to appeal to anyone who saw a male acting suspiciously in the Strand Road area last night between 6.30 pm and 6.45 pm, or anyone who may have witnessed any other suspicious activity to get in touch with detectives in Strand Road on 101, and quote reference number 1523 of 09/01/20 .”