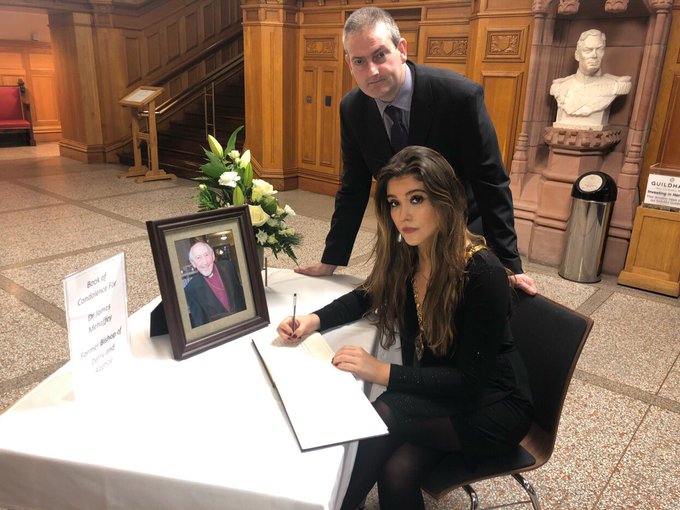 Book of Condolence opens at Guildhall for Bishop James Mehaffey

A BOOK of Condolence has opened at the Guildhall to the retired Bishop of Derry and Raphoe Dr James Mehaffey, who died on Monday 06 January.

“A great man who was a tireless advocate for peace building and the people of Derry.

#Mayor of Derry City and Strabane District Council Cllr Michaela Boyle extended her sincere condolences to the Mehaffey family at this sad time.

She said the Book of Condolence was an opportunity for the people of Derry and Strabane to extend their sympathy and show their respect for the Bishop who officiated in the city and district for more than 20 years.

The Mayor, who is currently out of the country on holiday with family, said she was deeply saddened on hearing the news and described Bishop Mehaffey as a genuinely holy person, a peace-maker and a risk-taker who was committed to working across the political and religious divide to make a real difference during difficult times.

She commented: “Bishop Mehaffey was a very warm and kind hearted man who touched the hearts of everyone who met him.

“He was a very religious and gentle person with a warm heart who was genuinely interested in talking to and listening to every person he met.

“He will be remembered very fondly by the people of Derry, Strabane and the wider North West region for his commitment to peace, his courage and commitment to building bridges.

“He will be greatly missed and I would like to extend my heartfelt sympathy to his wife Thelma, his children and the extended family circle at this very sad time.” 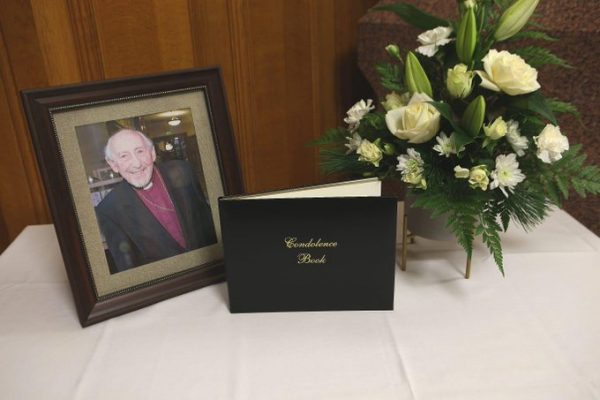 The Book of Condolence opened today, Tuesday, January 7, from 1.30 pm.

People can also record their tributes online at the following address http://www.derrystrabane.com/bookofcondolences and messages of condolence will be passed on to Bishop Mehaffey’s family.