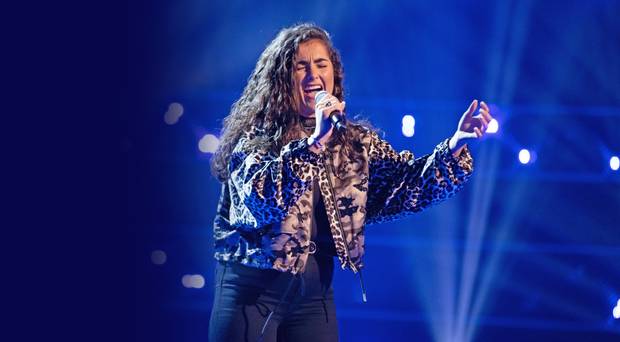 Brooke Scullion went down a storm on The Voice UK

A CO Derry woman put on a four-star display of stunning singing talent to wow the superstar coaches on The Voice UK last night.

Ulster University Magee campus student Brooke Scullion, who is from Bellaghy, had the quartet of superstar judges – Sir Tom Jones, will.i.am, Olly Murs and newcomer Meghan Trainor – battling to persuade her to join their teams.

Brooke’s performance of the Lewis Capaldi hit Bruises saw US pop star Meghan press her ‘I Want You’ button seconds into her audition.

But it was Grammy Award-winning Meghan Trainor who won out and wooed Brooke onto her team.

All the Coaches turn and she chooses Team Meghan.The All About That Bass chart-topper told her: “Your tone is so good and I am obsessed with you … I see beyond The Voice.

“I see you touring the world and I am your number one fan.”

Brooke told Sunday Life that her dream audition had been completely different to what she had envisaged just nights before the show.

Brooke said: “A friend applied for me, as I hadn’t thought about it myself. Coming up to the time of the audition, I actually dreamt that I had sung well, but nobody had turned.

“I was completely overwhelmed when all four of them turned for me. I didn’t know who to choose.

“But when Meghan spoke to me, she relayed all of my visions and told me everything that I wanted to hear.

“I know that I made the best decision by going with her. She is so lovely and down-to-earth and very family orientated. I ended up going with my heart and I have definitely picked the right person.”

Brooke has tasted success at home as a live support act for singers like Nathan Carter, as well as with a starring role in the School of Rock musical at Cookstown’s Burnavon Theatre.

And the country music-loving woman who goes to weekend music dances with her dad Mark also revealed that both Daniel O’Donnell and Nathan Carter are “supporting” her on the road to singing stardom. 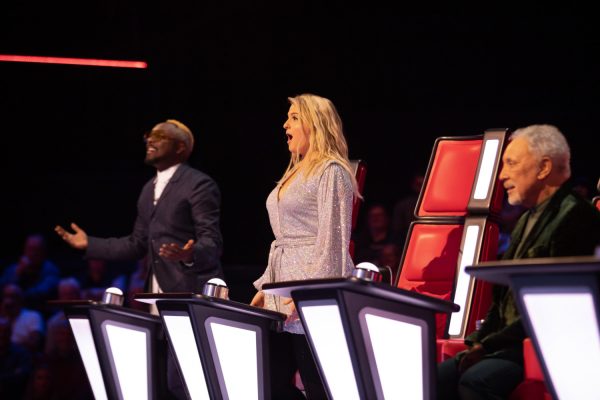 Pictured: Brooke Scullion performs. All the Coaches turn and she chooses Team Meghan.

But in spite of the unanimous ‘Yes’ from the four judges, as the first auditionee on The Voice UK 2020, Brooke is determined to remain level-headed.

She said: “The platform which The Voice UK gives you is so large. There is no point wasting that opportunity.

“So, I am ready to work even harder, try different things and just see what happens.”