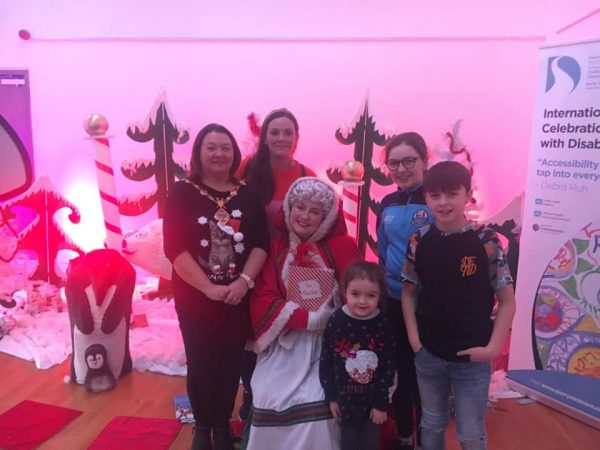 MAYOR of Derry City and Strabane District Council, Councillor Michaela Boyle, hosted hundreds of families at the Alley at the weekend for ‘Santa’s Magical Makeshift Workshop’.

The Workshop invited children to step into a majestic setting including story-telling, Elves and the Shoemaker Puppet show, Christmas crafts and an appearance from the man himself, Father Christmas.

“I was delighted to get the opportunity to meet with members of the public and celebrate the build up to Christmas at the weekend,” said Mayor Boyle.

“The Workshop was the ideal way for youngsters to get involved in Christmas activities before Santa Claus’ arrival in homes across the City and District this Christmas Eve.”

Santa’s Magical makeshift Workshop was the conclusion of a packed programme of events this Christmas, which included the return of the popular Winterland Markets at the weekend. 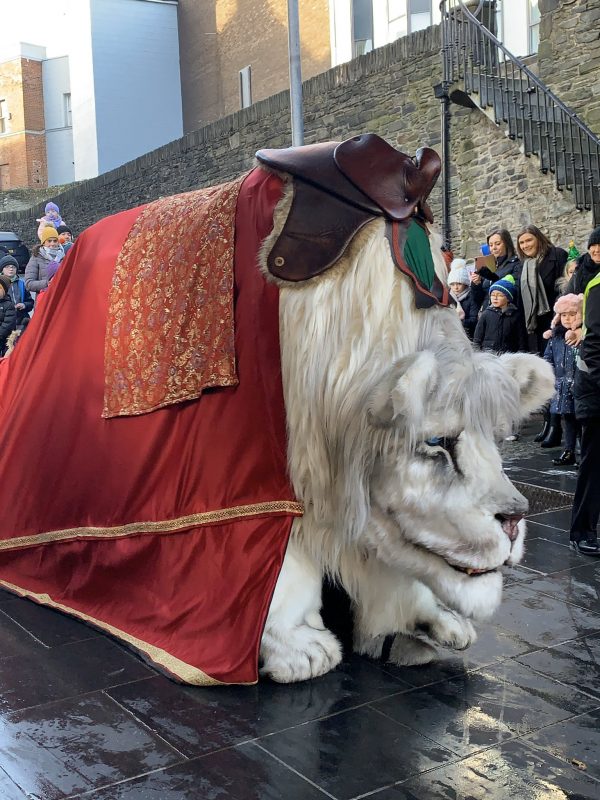 Also on show at the weekend was the Fool’s Paradise Snow Lion.

The majestic event allowed families to see the largest lion to walk the earth, accompanied by the White Queen and her servant.