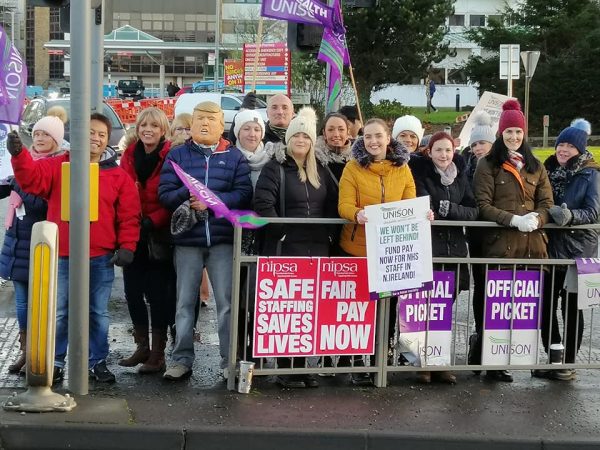 Durkan: We stand shoulder to shoulder with healthcare workers over pay

SDLP Health Spokesperson Mark H Durkan has reiterated his strong support for the workers forced to strike for pay parity.

The Foyle MLA was speaking on the eve of unprecedented strike action on Wednesday, December 18, by nurses and health workers.

This evening talks are taking place between the main political parties and the head of the civil service David Sterling and the Permanent Secretary at the Department of Health, Richard Pengelly, and the British Secretary of state Julian Smith to find more money for health workers in a last ditched bid to avert the strike.

Said Mr Durkan: It is clear that the health and social care workers are the greatest asset of the health service.

“They have been denied pay justice, meaning they are earning less than their counterparts in Britain. This is unacceptable.

“It can and should be resolved now and the SDLP has written to the Permanent Secretary Richard Pengelly and raised this issue with Secretary of State, Julian Smith MP.

“While the issue of pay parity can and should be resolved quickly, it is clear that workforce planning needs to be improved. It is unforgivable that successive health ministers failed to heed warning after warning.

“This is where political stagnation and a poor handling of workforce planning has led us. Our workforce is no longer at breaking point but broken.

“I have demanded action on numerous occasions regarding the nurses’ pay crisis and unsustainable agency spending.

“Our health service is operating under a 12% shortfall in the workforce – including 3000 unfilled nursing posts.

“This shortfall has exacerbated existing issues including lengthy waiting lists, difficulties accessing services and chronic absence of a medical school in Derry.

“Our agency bill stands at an all-time high.

“Money which would be better invested in our nursing staff whose pay continues to lag far behind their counterparts elsewhere in the UK. 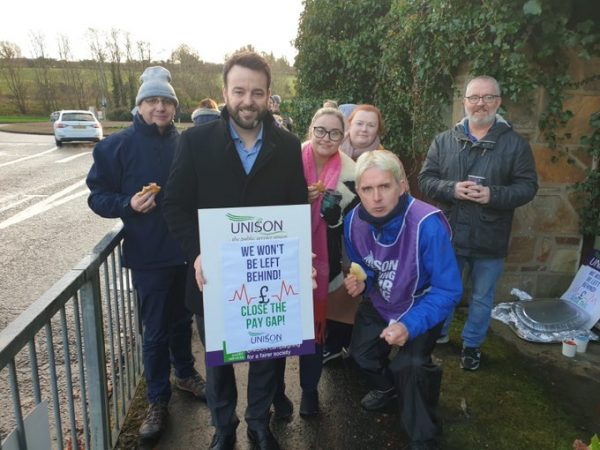 “As pressure on acute services in our hospitals increases and as hard pressed staff are asked to deliver better results with fewer resources, it is outrageous that their selfless passion continues to be punished with a bad deal.

“We must demand better for a workforce who have dedicated their lives to the care of others rather than continue a system which forfeits their physical and mental well-being.

“This historic strike action proves we are living through arguably the worst crisis our health service has ever faced. Our workers deserve better.

“The SDLP wholeheartedly support them in this difficult but necessary action.”