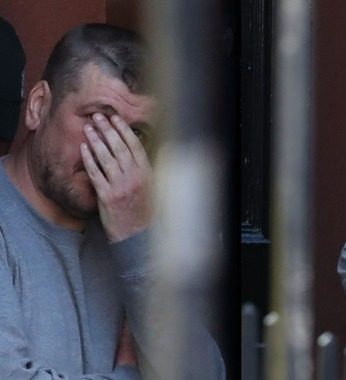 A DISSIDENT republican charged with serious rioting in Derry on the night journalist Lyra McKee was shot dead by the New IRA has been thrown back in jail for twice breaching his bail conditions.

Sunday Life today reports that Christopher ‘Christy’ Gillen faced a special court in Omagh on Saturday where a police officer said two plain-clothes officers saw him on December 9 smoking outside a bar-restaurant on Castle Street in Derry.

He had excluded him from Derry’s cityside as part of his bail conditions.

“This is a case where witnesses have been intimidated,” she said. “The exclusion zone was put in place to prevent intimidation.”

The second breach was in connection with a post on the Facebook page of Junior McDaid House, Saoradh’s Derry office. The post referred to a police search of a house. Gillen posted the comment: “Dirt.”

In October, a High Court judge banned Gillen from any activities associated with Saoradh.

The ban was imposed as Gillen was granted bail on rioting charges.

Prosecutors claimed he threw at least six petrol bombs at police lines during the disturbances in Creggan on Thursday, April 18.

Four vehicles were hijacked in the unrest orchestrated by the New IRA.

A number of shots were also fired by an unidentified gunman, one of which fatally wounded the journalist.

Gillen is not accused of any offences directly connected to the 29-year-old journalist’s killing.

He faces charges of riotous assembly, petrol bomb offences, and the hijacking and arson of a tipper truck.

Later, a masked man at the scene of the rioting was dressed in matching clothing, according to the prosecution.

No one has yet been charged with the murder of Ms McKee.