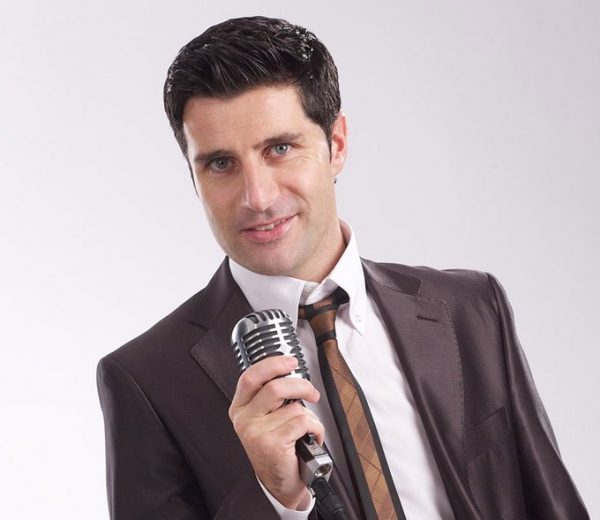 John McNicholl Magnificent Seven to ring in Christmas at Alley

MUSIC fans are in for a treat on Saturday, 21st December, when the John McNicholl Magnificent Seven concert will be staged in the Alley Theatre.

The Foreglen singer is regarded by many as the country’s top concert performer.

This musical showpiece will commence at 8pm, and a three-hour show is in store for all of John’s fans.

This is the seventh year in a row that John will appear in the Strabane venue and seven people will be taking part in this seasonal extravaganza.

Artists taking part in this concert, which will include popular country numbers, Christmas favourites and comedy, will be: John McNicholl, Sharon Herron, Gary Wilson and The John McNicholl Band.

John, who is known as ‘Ireland’s Ambassador of Country Music’, has appeared at shows all over Ireland, England, Scotland, Spain, Portugal, Australia and America. He also takes his own fan club on tour to Nashville, Tennessee, on a regular basis where he performs at many venues and sells out the various theatres. In the past, he has starred in very successful Mediterranean and Caribbean cruises.

John’s taste in music stemmed from many great singers such as Dolly Parton, Vince Gill, Martina McBride and Keith Urban.

The popular artist has recorded many albums and DVDs during his successful career to date and his live stage show displays his powerful distinctive vocal abilities to his audiences far and wide.

John has brought a breath of fresh air to the music scene, having already shared the stage with stars such as Cliff Richard, Elton John, Ricky Skaggs, Reba McIntyre, Sandy Kelly, Daniel O’Donnell and Barry Gibb. He has won many awards to date, including the Male Vocalist of the Year.

To date this year, John has been logging up considerable mileage in the United Kingdom and further afield, but he is certainly not complaining.

“I have been keeping very busy this year and am very grateful for that,” said John. “I am particularly looking forward to performing in the Alley because of the special atmosphere that always greets me there”.

The main support for John will be Sharon Herron, who is from Armagh. She is known as ‘The Cowboy’s Sweetheart’ within the music industry and has appeared at top venues throughout the country, including the Belfast Waterfront Hall.

The compere for this concert will be Gary Wilson from Kesh in County Fermanagh. He has been named as Comedian of the Year at the Music City Country Awards ceremony.

The John McNicholl Band will perform on its own spot, as well as providing the backing music in this special Christmas concert.

Four top class musicians make up the group and they have won many awards not only in Ireland, but across the United Kingdom as well.

This concert will be a spectacular showpiece and is certainly one not to be missed.

Tickets are priced at £21 each and are available from The Alley Arts and Conference Centre, Strabane.

Tickets can be purchased in person at 1A Railway Street, Strabane or you can book online at www.ardhowen.com or call the box office on 028 7138 4444.