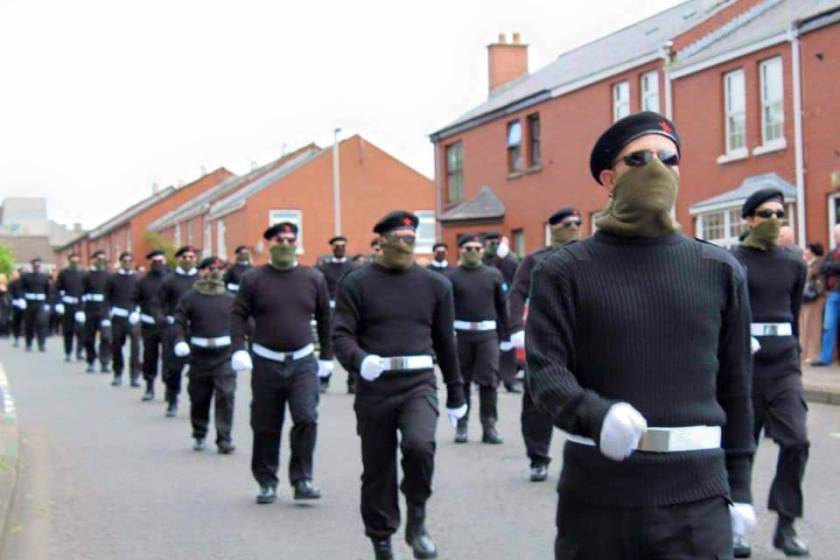 £20,000 in cash and drugs seized in operation against INLA in Derry

INLA in Derry involved in the sale of drugs, counterfeit goods and punishment attacks, say police

OFFICERS from the Paramilitary Crime Task Force recovered quantities of suspected Class A and B drugs, as well as £20,000 in cash, following searches in the Cityside area of Derry earlier today, Tuesday 10 December.

Detective Inspector Phelan said: “Today’s searches were carried out as part of a joint two-day operation targeting criminality linked to the INLA, namely the supply of illegal drugs.

“Our colleagues in An Garda Siochana also carried out a number of searches in the County Donegal area yesterday and seized a number of items.

“The INLA claim to be protecting their communities from crime.

“however, in reality they themselves are heavily involved in a wide range of criminality including extortion, the supply of illegal drugs, counterfeit goods and money laundering.

“Their main objective is to line their pockets, regardless of the harm and misery that they bring to people in the local area.

“They act as judge and jury, carrying out paramilitary style attacks that they claim are in the best interests of their community.

“But the reality is that they allow people to deal drugs so long as they pay them a hefty portion of the profits.

“Many families in Derry have been destroyed as a result of those who deal harmful drugs.

“Today’s operation demonstrates our commitment to bringing those involved in the criminality associated with Paramilitarism before the courts.

“We know that the communities most affected by INLA’s drug dealing and violence support our ongoing efforts and want to work with us to end the harm caused by paramilitaries and drugs.

£20,000 in cash and drugs seized in operation against INLA in Derry was last modified: December 11th, 2019 by John