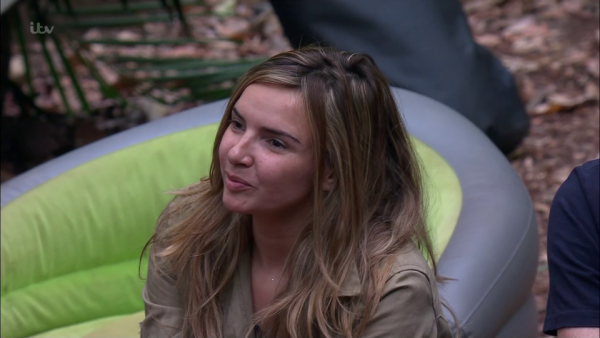 Our fab Nadine leaves Jacqueline Joss in tears as she voted off I’m A Celeb….

IN the end it just wasn’t to be for Nadine Coyle as she was voted out of I’m A Celebrity toniht.

The fabulous Derry Girl, who had done her home city proud during almost three weeks in the Australian jungle, went out in a double eviction with Caitlyn Jenner.

The camp mates had no idea that two celebs would be leaving the jungle tonight – and were shocked to lose two huge personalities from camp.

And when Nadine’s name was read out, Jacqueline Joss was stunned, hugging her camp mate, saying: “I love you.”

Caitlyn and Nadine had jumped into the jungle from 10,000 ft out a plane and left the jungle together leaving just camp mates.

it had been a roller coaster of a ride in the jungle for Nadine who conquered many of her fears – heights, snakes, spiders, cockroaches and snappy crabbies.

AFter she was voted off, Nadine was all smiles with Ant and Dec – until she saw her hair on the VT: “Oh no. Look at the state of me!! It has been real nice Ant and Dec. I have loved every minute of it!!”

And she taunted the I’m Celebs: “You should give it a go!”

Asked how the shy girl from Derry got on with so many big personalities in the jungle, the ex-Girls Aloud singer said:

And on that petrifying sky dive, the 34-year-old recalled: “Caitlyn was chilled about it saying ‘Let’s do it, come on’.

“She was offering no comfort all. I just thought ‘I have to do it’. You just turn into a robot. I still don’t think I am over that moment. I am still shell shocked. 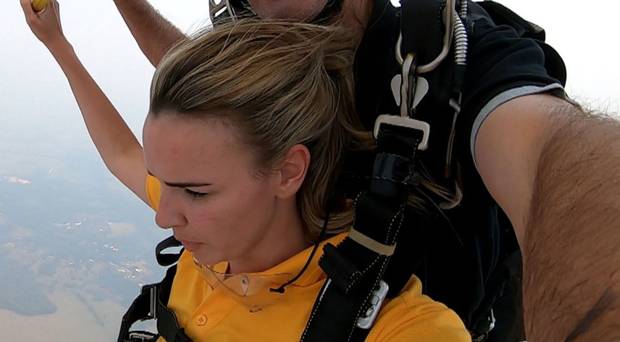 Nadine prepares for her jump from plane at 10,000 ft

“I didn’t think I was going to do it. Actually at one point when we were up there I tried to throw myself out.

“I said to the guy ‘I’m off!’ And he said ‘Wo, wo wait!’ The skydive was the worst thing and it was the first thing.

“You are so shocked and it was something I never thought I would ever do in a million, million years.”

Asked who of the four remaining camp mates who she wanted to win, Nadine said: “Who would I like to win? I think Kate.

“I think she has worked harder than any other camp mate in terms of she was always having a trial to do and she always goes and does it. So it is Kate for me.”

After post jungle interview, Nadine crossed the bridge for her exit picture before a member of her family ran down and the pair embraced.