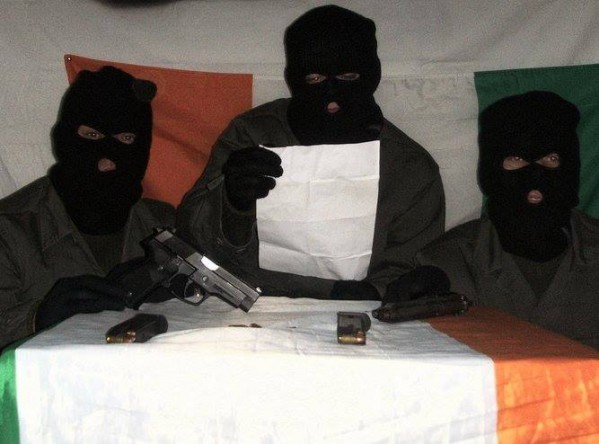 THE ‘New IRA’ has claimed it used cameras and vehicle tracking devices to intercept drugs worth £50,000 in the north west.

The Irish News reports that the violent dissident republican group claimed the cocaine was destined for distribution in the Derry area and last night issued threats to kill three people.

The terror group has carried out a series of attacks on security forces in recent years.

It has used sophisticated devices in bomb attacks.

One was found in Creggan inside a Citroen Xsaro car parked in a driveway which was fitted with a command wire.

Days earlier on Saturday, September 7, police uncovered a deadly mortar device at Church View in Strabane which was to be used in an attack on the nearby PSNI station.

The ‘New IRA’ was also responsible for the cold-blooded murder of journalist Lyra McKee in Derry on Thursday, April 18, when a masked gunman opened fire during rioting in Creggan estate.

It has also been blamed for paramilitary-style shootings and beatings in the city.

However, this is believed to the first time it has claimed to have used technology to target alleged drug dealers.

In a statement to The Irish News, using a recognised codeword, a spokesman said the drugs were seized at a house in the south Inishowen area after a “cross border investigation”.

He claimed those responsible had been preparing them mid-week for distribution through dealers in Derry at the weekend.

“We used cameras and tracking devices. These people are involved in the major supply of cocaine. The main target we believe is being protected by British crown forces,” he said.

The Irish News says its reporter was asked to attend a location where the alleged drugs were destroyed.

Several plastic bags and a plastic bottle containing white powder as well as a small set of scales were displayed along with a black sports store bag.

All of the contents were then doused in petrol and set on fire.

The New IRA spokesman named three people, one from Derry and two from Co Armagh, as allegedly being linked to the drugs and said they would be killed.

He also said others involved in the distribution of drugs in the Derry area had 48 hours to cease their activities and “come forward” to the community, claiming the safety of anyone who did so would be guaranteed.