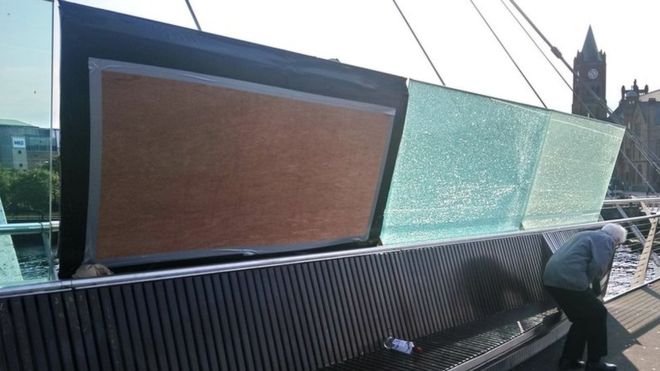 WORK has been delayed yet again to replace a number of shattered glass panes on Derry’s Peace Bridge.

Three panels on at the iconic £14.6 million bridge were vandalised in July this year.

The Department for Infrastructure (DfI) had said the panels would be replaced in November.

But now it says it will be 2020 before they are in place.

A DfI spokesman also said the repair work is likely to cost “in the region of £30,000”.

“This imposes an additional burden on the department at a time when we are facing significant budgetary constraints,” the spokesman added.

The bridge, which is 312-metres long, is designed for pedestrians and cyclists but has been the target for vandalism on a number of occasions since it opened in 2011.

“Many visitors and local people use this elegant landmark structure every day and the damage being caused is detracting from their enjoyment of the peace bridge,” a DFI spokesman said. 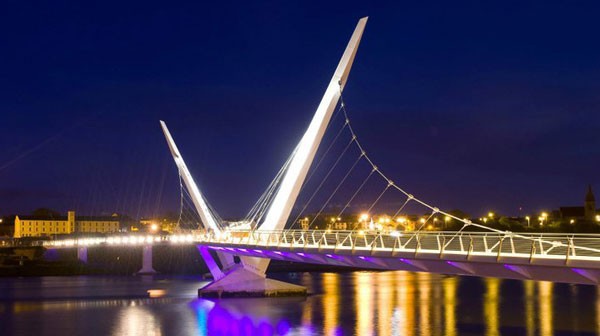 “We would appeal to those involved to desist from such mindless behaviour.”

The department said the “bespoke nature” of the glass “has resulted in a slightly longer manufacture period.”