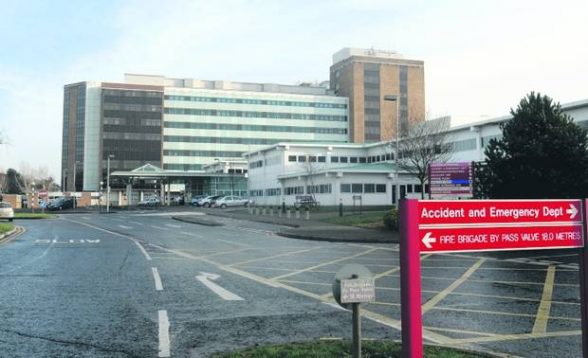 Staff at Altnagelvin Hospital under pressure over number of admissions

THE North of Ireland’s health service needs a “direction of travel”, a consultant in one of the country’s busiest emergency departments has said.

Brendan Lavery, consultant in emergency medicine at Altnagelvin Hospital, said he expected services to be under further strain over the winter as patients become struck down with the influenza virus.

Waiting times are deteriorating and emergency department staff are under mounting pressure, he said.

“This is not care that we would like to provide,” he said.

Mr Lavery said the number of attendances at the Derry hospital’s emergency ward would exceed 73,000 this year.

“Ideally we would have a much bigger department, and more patient beds we could admit people to,” Mr Lavery told BBC Radio Foyle.

“We have a problem with flow and getting people out of the department – that means we are naturally less efficient at seeing patients.

“A lot of our cubicles aren’t free because they are filled with people waiting on hospital beds.”

He said an increased demand over the winter would place added strain on services.

“Over the holiday period it is something we have to be concerned about.

“That’s why we have to keep a close eye on things and make sure we do have adequate flow through the department and we have cubicles to see patients.”

Staff, he said, were also under added pressure.

“To be honest it’s physically very tiring – the big problem you have is there’s never any let-up. 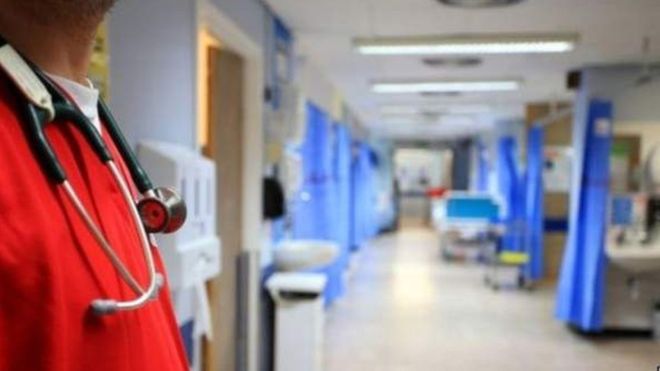 “Every day is very busy, every day you come in there are patients waiting to be seen.

“Every day you are trying to provide care as much and as well as you can, but it does get difficult after a while.”

In November, the Royal College of Surgeons claimed the North of Ireland’s healthcare system is “at the point of collapse” after it was revealed waiting times reached an all-time high.

Mr Lavery said he believed the health service “needs a direction of travel”.

He added: “It’s fair to say the health system for a while has been relatively rudderless.”

“We have had review after review and they are all ignored.”