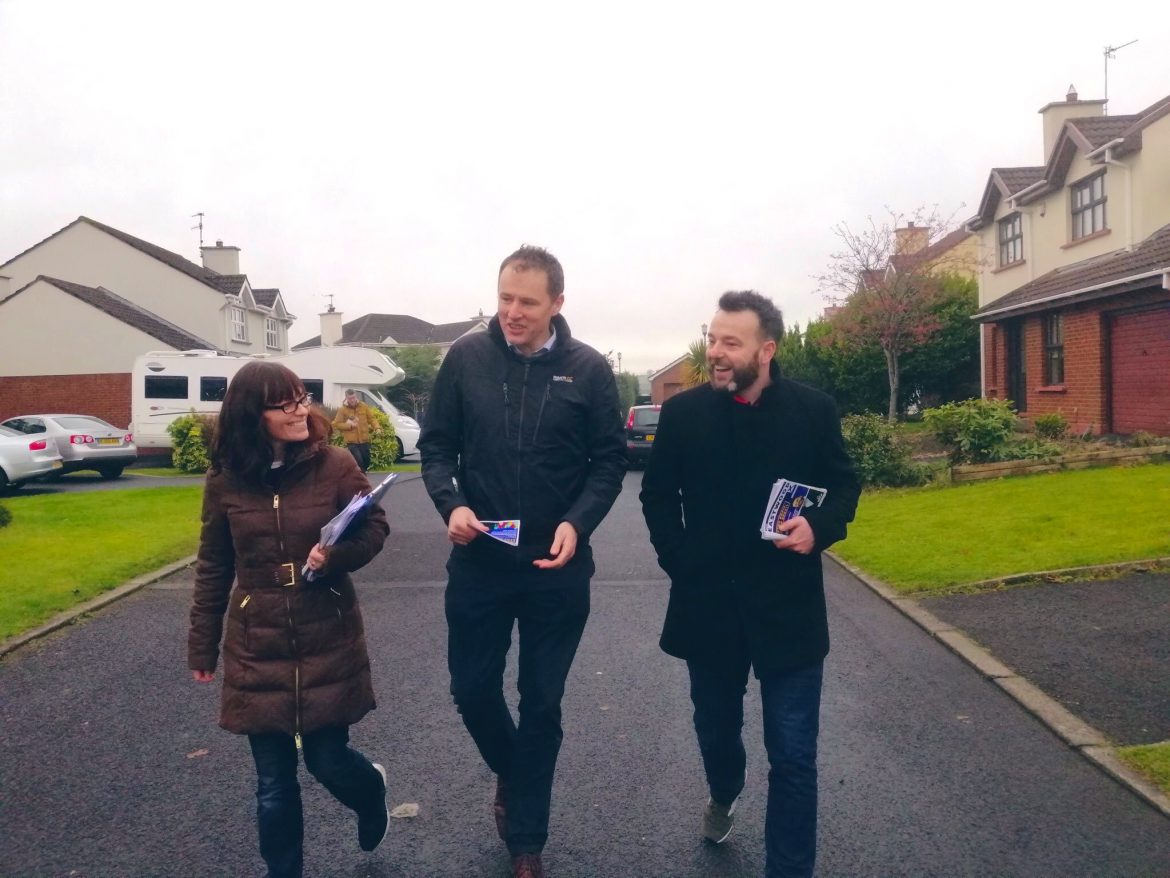 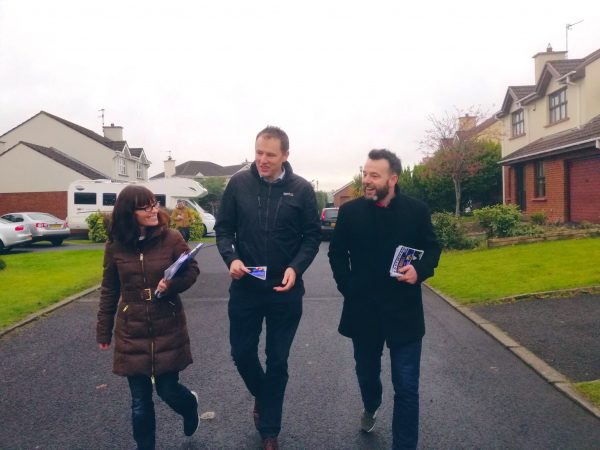 SDLP leader Colum Eastwood out on the election trail in Derry. Bookies have him favourite to win Foyle seat

THE SDLP and Sinn Féin are set to launch their general election manifestos in Derry next week.

It is seen as a move that highlights how crucial winning the Foyle seat is to both parties.

SDLP leader Colum Eastwood, who is contesting the Westminster seat for the first time, is hoping to overturn a slim 169-vote majority that saw Sinn Féin’s Elisha McCallion claim victory in 2017.

Prior to Ms McCallion topping the poll, Foyle had been held by the SDLP for more than 30 years, firstly in the hands of John Hume before it passed to Mark Durkan.

The bookies have Eastwood a slight favourite to wrestle back the seat with former Sinn Fein TD Peadar Toibin’s new Aontu party expected to take votes off Elisha McCallion by candidate Anne McCloskey.

Sinn Féin is scheduled to launch its manifesto in Derry on Monday.

The SDLP is expected to unveil its policy programme in Mr Eastwood’s home city on Wednesday.

Voters go to the polls on Thursday, December 12.

However, the counting of the first-past-the-post votes is not expected to start until Friday, December 13.

Derry launch for SDLP and Sinn Fein manifestos in battle for Foyle was last modified: November 30th, 2019 by John