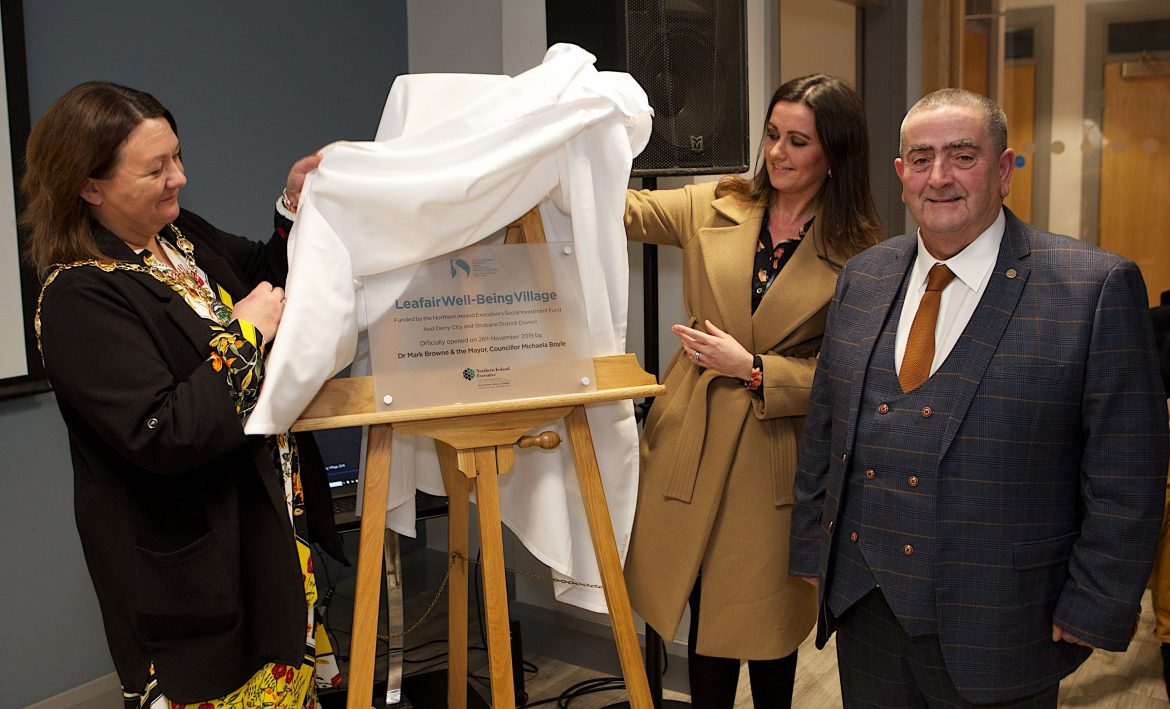 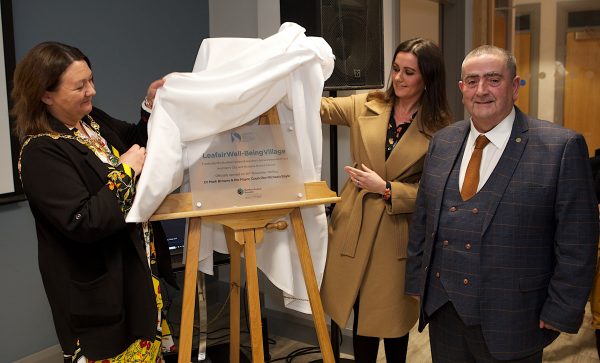 A new pavilion in Leafair, offering office and recreational space for local community and sporting organisations and four new changing rooms for the existing 3G and grass pitches, has been officially opened.

The Leafair Well-Being Village was delivered by Derry City and Strabane District Council and the Leafair Community Association with supporting funding from the Social Investment Fund(SIF).

The Mayor, Councillor Michaela Boyle, performed the official opening where she thanked everyone involved in delivering the key community.

“I am delighted to officially open the new Leafair Well Being Village which is an outstanding addition to the existing playing pitch facilities at the complex,” she said.

“I am pleased that we are continuing our commitment in the Strategic Growth Plan to build the capacity of our local sporting and recreational clubs to become more sustainable and encourage higher levels of participation and proficiency in sport and recreational activities.

“Congratulations and thanks to all the stakeholders who delivered this key community asset including the Leafair Community Association the Social Investment Fund board, local sports clubs and local residents.”

The Well Being Village is one of three projects supported by the Social Investment Fund under the Playing Pitch projects.

The other two are the Ryan McBride Stadium and the GAA pitch at the Corrody Road.

The Playing Pitch project was presented to and approved by Derry City and Strabane District Council as a key part of its Capital Project Plan in October 2015. 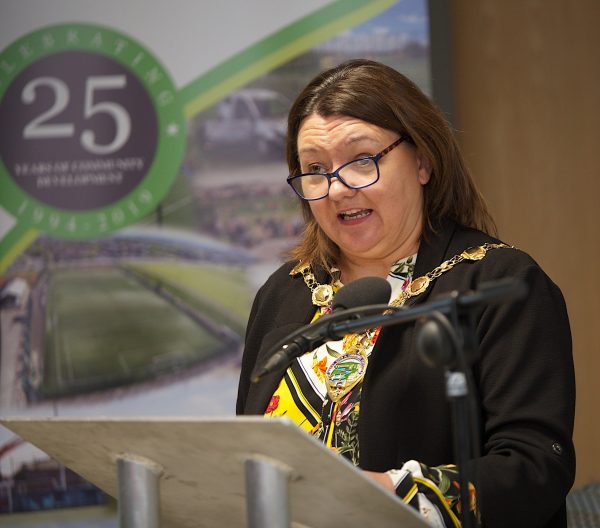 The total cost of the Leafair Well-Being Village was approximately £1.4m with the Social Investment Fund providing approximately of £1.2m and Derry City and Strabane District Council contributing £200,000.

The project was delivered by Derry City and Strabane District Council working with the community client Leafair Community Association.