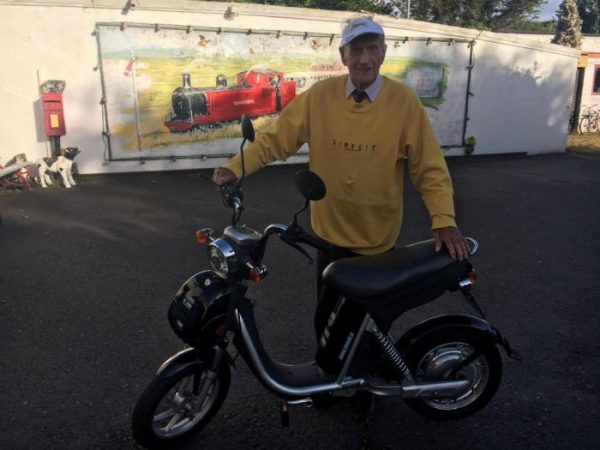 KING of Strabane, Pat Gillespie, one of the town’s best-known sons, is to be remembered through a special exhibition of personal artefacts depicting the centenarian’s colourful life opening at the Alley Theatre this week.

The items have been gifted by Pat’s family, and will eventually form part of a wider exhibition focusing on the history of Strabane where Pat spent the best part of his 102 years before his death in August 2019.

Mayor of Derry City and Strabane District, Councillor Michaela Boyle, held a special reception for the Gillespie family, to convey the appreciation of the City and District and to remember Pat’s remarkable life.

Mayor Boyle said it was important to reflect on the contribution that Pat had made to the life of Strabane.

“There are few people living in Strabane who did not know Pat and even when he reached his 100th birthday he was still a familiar figure out and about on his bike, and at the head of the St Patrick’s Day parade,” she said.

“He contributed much to Strabane through his energy, his warmth and his creativity.

“It’s important that we remember Pat in a way that captures his spirit of invention, adventure and his passion for collecting and documenting local history.

“The way he filled every day with laughter and zeal, gifting so much to his local community, is a lesson to everyone.”

A favourite figure in the local media, Pat was born in 1916 and lived through two World Wars, Partition and the Troubles, leading an eventful life never far from the headlines.

There was shock and widespread revulsion in October 2017 when thieves broke into his home and robbed him.

Whether it was proudly leading the annual St Patrick’s Day Parade, speed boat racing or winning table tennis championships, his zest for life was infectious and Pat earned a special place in the hearts of the people of Strabane.

A keen collector of artefacts, Pat had amassed a collection of weird and wonderful memorabilia reflecting his passion for motor sports, including a collection of cars and 32 bikes, number plates from all over the world and miniature vehicles, a double-fronted Mini Cooper and even some cars crafted from baths. 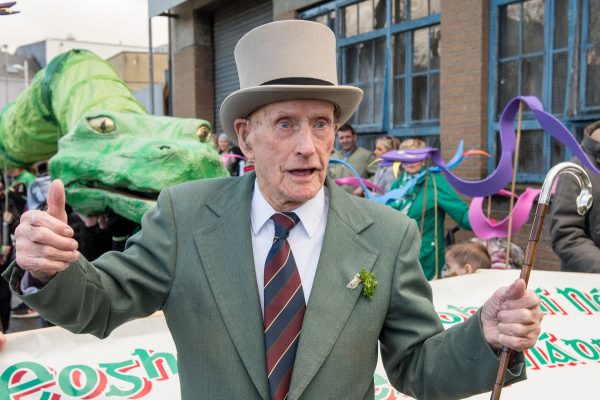 A number of these artefacts such as his bike and watch will be going on permanent display at the Alley Theatre.

As well as the items going on display from Pat’s collection, there are also plans in development for a wider exhibition on Strabane’s History & Heritage.

This will be based at the Alley Theatre from March 2020, featuring a fascinating array of items from the Council’s Strabane Collection currently housed in its Museum Store.

Life of ‘King of Strabane’ Pat Gillespie is celebrated at the Alley Theatre was last modified: November 26th, 2019 by John