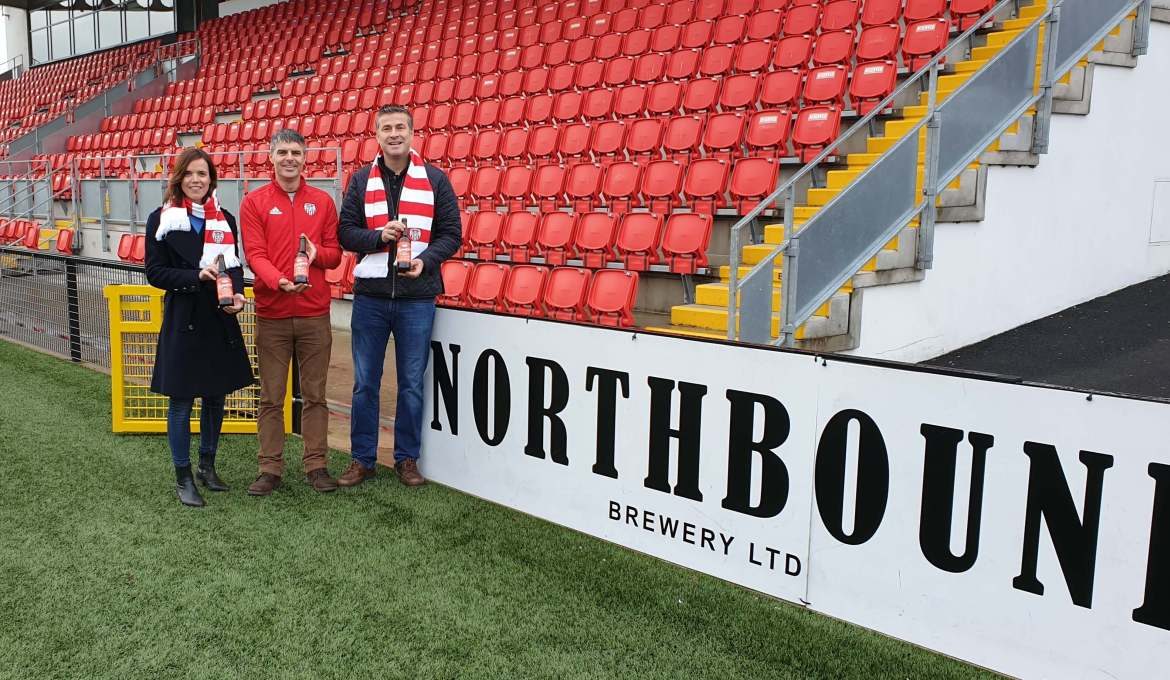 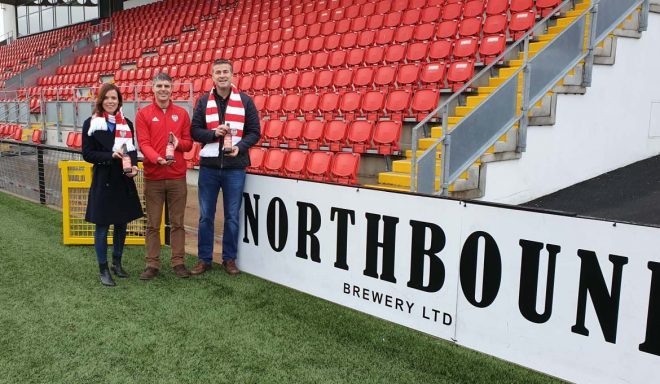 THERE will be plenty of festive cheer for Derry City supporters this Christmas after the Football Club announced an exciting new partnership with the local Northbound Brewery.

The club say that over the past few months, Derry City and Northbound have worked together to create a lager which will be sold in the city and further afield to provide patrons of hotels, pubs, and restaurants with a refreshing local beverage, and the club with an additional revenue stream.

Brandywell Brew has been created, brewed, and bottled in the city of Derry.

The bottle labels were also designed and printed in the city, so this enterprise has been supporting the local economy before it has reached the market.

Brainchild of Derry City FC Director, Declan Callaghan, Brandywell Brew is expected to be on sale to the public from the start of December 2019.

Speaking at the launch, the City Director was full of praise for Martina and David Rogers who run the local Brewery.

“Martina has been vital in bringing this idea to life and the importance of her support on this project has been immeasurable.

“Northbound already have several beers in restaurants and pubs throughout Northern Ireland but they jumped at the chance to work with Derry City FC, and that is simply a testament to the support she and Northbound give to the local community here in the north-west.”

Declan urged local people to support this venture by buying Brandywell Brew when they’re next out with friends and family.

“Operating a senior football club is a difficult and costly exercise and no club can exist on gates receipts alone any longer.

“To ensure our club survives and thrives, we need to create additional revenue streams such as this one and, most importantly, we need the public to support these ventures. 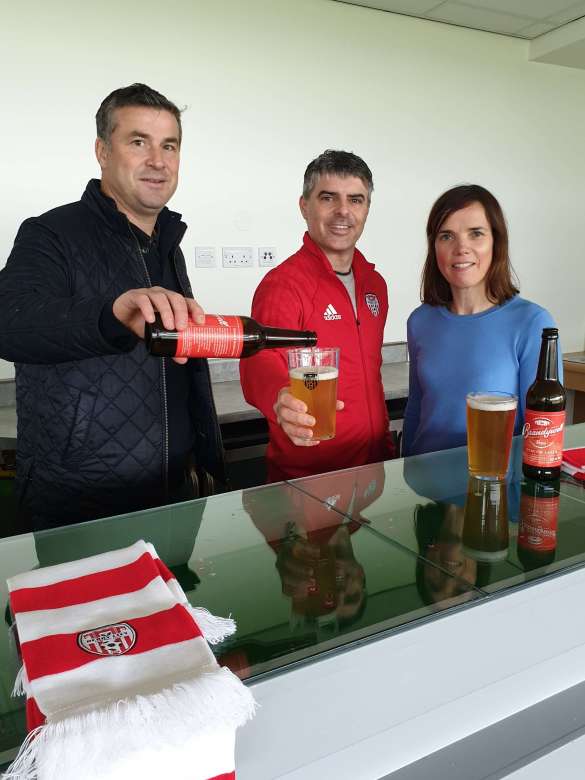 “This is a fantastic product and I am sure those who buy it will love it.

“We are not asking for people to give us their hard-earned cash; we’re giving them the opportunity to buy a great product which supports employment in the city and which will help the local economy.

“Every penny we have spent on this has been spent in Derry and all profit stays in Derry- nothing goes outside the city.”

Martina reiterated those sentiments, adding: “It was a great privilege to be asked to brew a beer for Derry City FC.

“As avid supporters we were really excited to produce Brandywell Brew for the club and support its work in the city.

“It has been a fun project that has resulted in a refreshing, tasty drink while also being a true collaboration of local businesses here in the NW. We look forward to sharing this drink with consumers & toasting the club with this great beer.”

Declan and Martina have been meeting with local Hoteliers, Publicans, and Restaurateurs over the past few months and orders have already been coming in for Brandywell Brew.

The club added that it is a “a good chance then for the Red and White army to support the club over the festive season”.

Commercial enquiries can be made via dc@derrycityfc.net