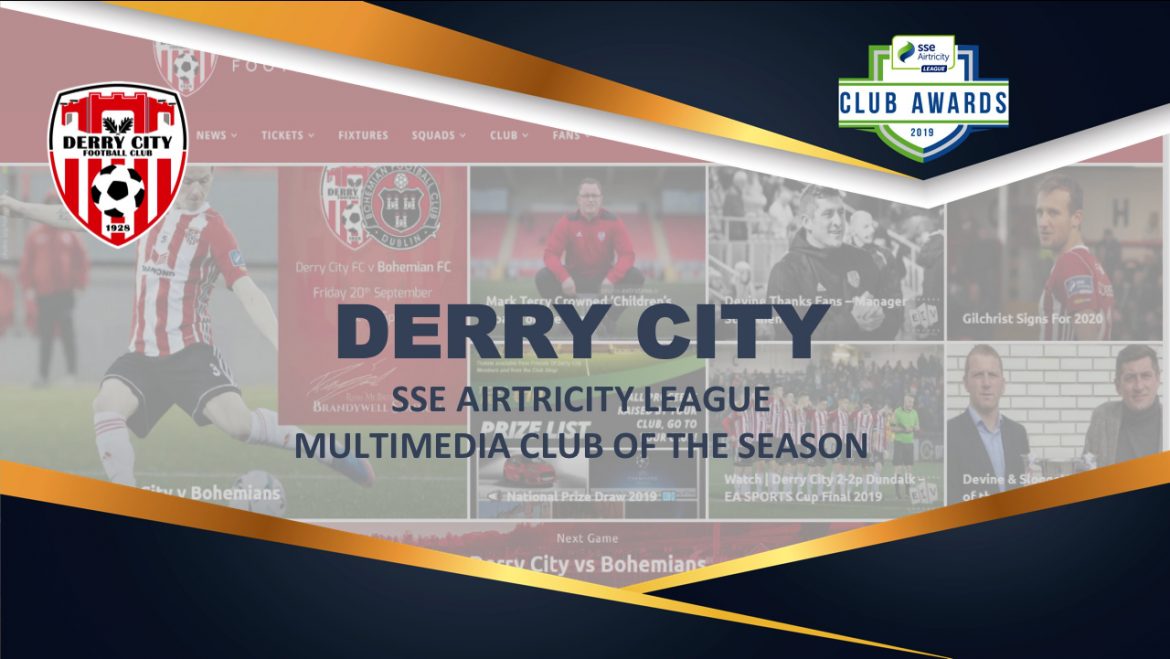 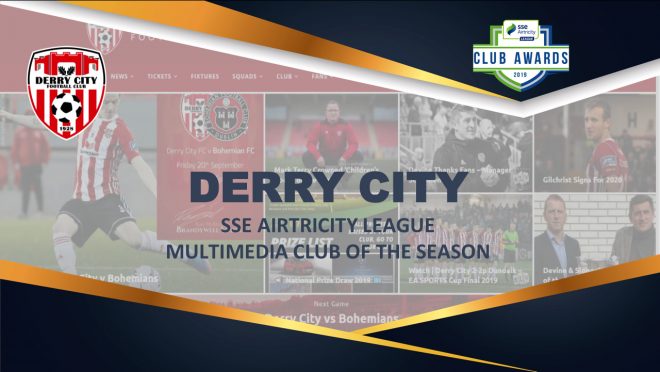 DERRY City FC are feeling on top the world this evening after picking up a prestigious honour today.

At the 2019 SSE Air Tricity Awards, the Brandywell side was voted the ‘Best Multi Media Club of the Season’ in the League of Ireland.

Derry City FC said on its twitter feed: “We’ve been awarded Multimedia Club of the Season at the #SSEClubAwards19 🥳

“We couldn’t have done it without all of your likes, comments, shares, views and retweets.

Meanwhile, Cork City won ‘Club of the Season’ for a third year in a row at the awards ceremony as well ‘Best Match Day Experience’.