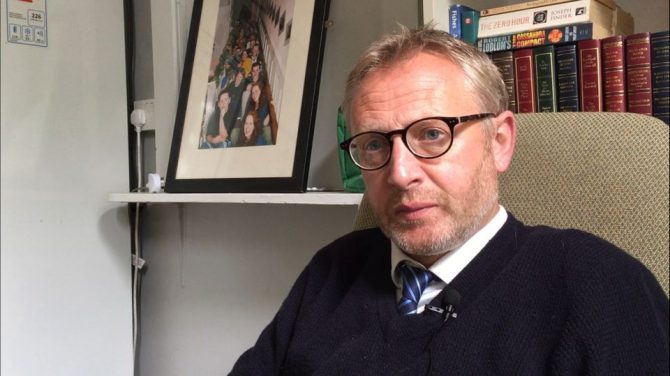 VICTIMS’S campaigner Alan McBride has called on the young people of Derry to resist being drawn into clutches of terrorists.

Mr McBride, who lost his wife Sharon and father-in-law Desmond Frizzell in the October 1993 Shankill bomb, will be a guest speaker at a peace-building event next week.

The event is organised by Fr Joe Gormley, parish priest in Creggan, where journalist Lyra McKee was shot dead by dissident republicans as she observed a riot on Thursday, April 18.

Mr McBride said he hoped his message would reach the new generation of people who are becoming involved in violence.

He said: “The conflict as far as I am concerned has been over for many, many years.

“But there are people, for one reason or another who want to keep it going. I hope that the message, in light of the killing of Lyra McKee, reaches these young people.

“Even though their (dissident republicans) pursuit was democratically defeated in the Good Friday Agreement, voted for by the majority of people.

“Anyone who is continuing to wage war is doing it against the will of the Irish people and that has to be said.

“I will be doing what I can to show people the human cost of tragedy, of trauma and of hurt because it is not just one person that you take out.”

Mr McBride said that while his talk in Creggan next Tuesday will be focused on the young people of Derry, his message applies to young people from loyalist communities equally. 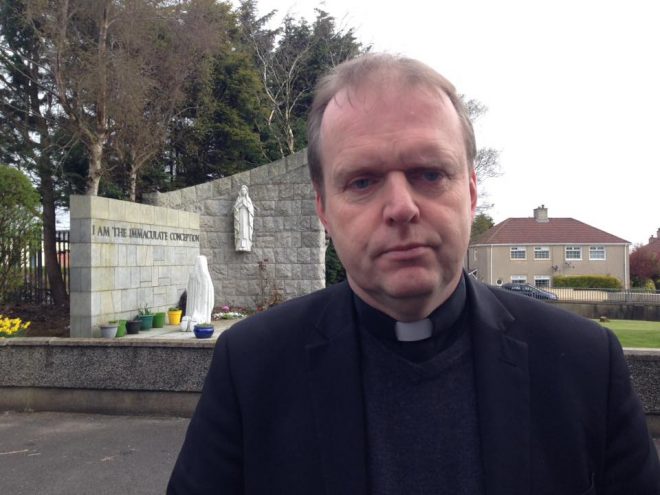 He added: “I think it is extremely important we are having this event in Creggan and I am pleased I am taking part, but I would also love to take it to Shankill, the Falls, Portadown and so many other places.

“It is not just dissident republicans that are trying to take us back.

“Looking closely at the antics of loyalists and so-called unionists and the erection of these posters coming up to election time – I think they would also gladly take us back.”

Mr McBride will speak in the community room within St Mary’s Church in Creggan on Tuesday, November 26, at 8 pm.

This is the first of two events organised by Fr Gormley.