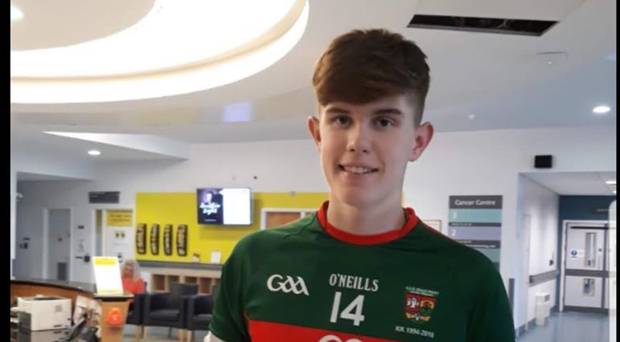 Oran Boyd who has sadly passed away from a blood disorder

THE funeral will take place today, Friday, November 22, for a Derry teenager who passed away after a long battle with a severe blood disorder.

He was a Year 14 pupil at St Columb’s College and attended Mullabuoy Pre-School and Primary School between 2005 and 2013.

His Requiem Mass will be held at St Mary’s Church, Tamnaherin, at 11 am.

Oran will be laid to rest afterwards in the adjoining cemetery.

He is survived by his parents Andrena and Arnold and brothers Cathair and Daibhan.

Oran was a member of Gaelic football teams throughout his time at St Columb’s and was part of the Year 11 team that reached an Ulster Colleges’ Final in 2017.

He was also a minor player and underage coach at Slaughtmanus GAC.

Tributes have poured in for Oran since he passed away last week.

Oran’s Primary four and five teacher at Mullabuoy Declan Meenan described him as a “hard goer who was always giving”.

“He always tried his best and had a lot of well-deserved success,” he wrote on social media.

“Oran always seemed to be happy and he always up for a bit of craic, he had a sharp wit and it was hard to get the last word with him.

“He was the same to everybody, children and adults alike and the children he coached at Slaughtmanus all loved him to bits,

Mr Meenan said that Oran would be missed “by anyone lucky enough to have known him”.

“He was a true gentleman who bore his illness with the same dignity, bravery and care for others with which he lives his short life,” he wrote.

In an online tribute St Columb’s said that Oran “exhibited the qualities one would wish to find in all St Columb’s College boys”.

“He was at the forefront of the minds of many who were involved in last year’s Markey Cup success – which illness had prevented Oran being a part of,” the tribute read.

“Oran’s selfless personality was also evident through his coaching of underage teams at his club, Slaughtmanus GAC.”

The school said: “Oran will be hugely missed and fondly remembered by all staff and pupils who knew him.”

“We pray that Oran’s family finds the strength to deal with their loss. Our thoughts and prayers are with them at this most difficult time. RIP,” the tribute finished. 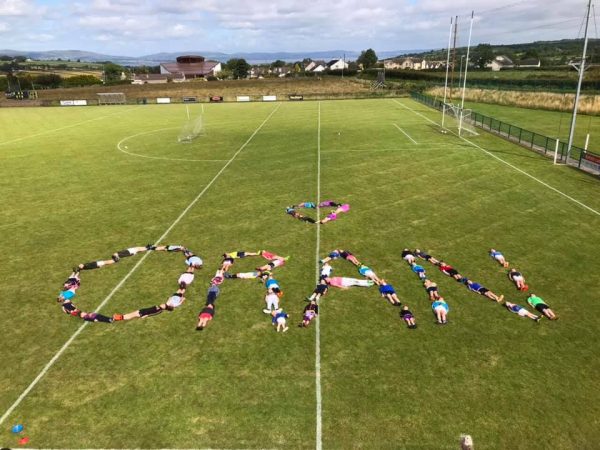 “Oran was everything that was right about a young GAA club member, learning his basic GAA skills from a tender age within the club’s underage set-up, respecting coaches and members for their efforts and time they gave to him,” the tribute read.

“We all watched him grow with such pride within the stature of our club, fulfilling his role and outstanding commitment as a player at every age group whilst offering his own time and help in a coaching role at Under 8s.

“He had shown maturity and manners beyond his years and was so well thought of by the kids within our club for his help at blitz’s and Summer Camps, he truly was one of our own.”