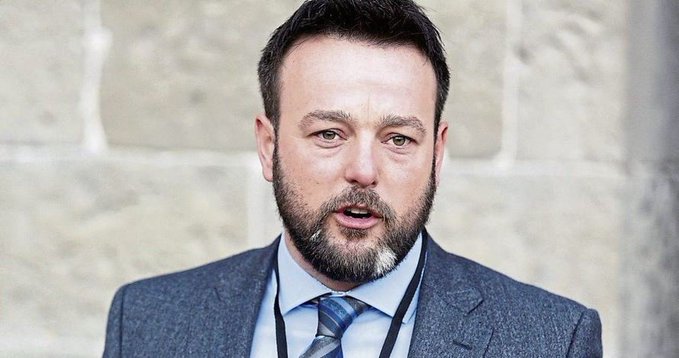 Eastwood: People must have their say on political failure

Mr Eastwood said that parties refusing to compromise to restore a government must be answerable to people for the crisis in our health service, our schools and the welfare cliff edge.

Said the Foyle MLA: “I spoke to the Secretary of State today to reemphasis the SDLP position that we should have an inclusive, power sharing government in the North addressing the crisis in our health service, funding our schools and dealing with the welfare cliff edge that will force thousands into poverty.

“Those parties refusing to compromise, or to accept the reasonable compromise we have offered, should explain themselves to the public.

“People in our communities are paying the price for this dereliction of responsibility.

“Nurses forced to strike for a fair wage, teachers bringing toilet rolls for their pupils because the school can’t afford it, vulnerable families facing the bedroom tax. It is a disgrace.

“We’ve also had confirmation that the Medical School at Magee cannot proceed without an Executive.

“Derry is being starved of the investment we need to grow and transform this city because of the political games of two parties.

“I’m glad that the Secretary of State confirmed that he would like to support the expansion of Magee as part of a Stormont restoration deal.

“Parties must come together to resolve this impasse. We have made bold proposals around the reform of the petition of concern to bridge the gaps.

“We will stretch ourselves again to deliver for all of our communities,” added the Foyle Westminster election candidate.