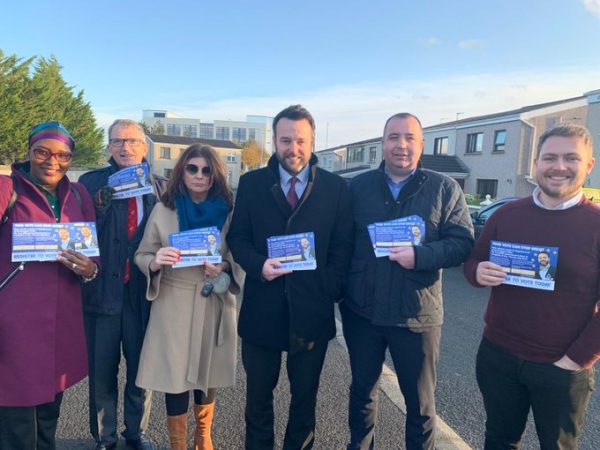 SDLP Leader Colum Eastwood has welcomed news that the People’s Vote campaign has endorsed him to be the next MP for Foyle.

People’s Vote is the largest organisation on these islands campaigning for a second referendum to stop Brexit.

Speaking from Derry, Mr Eastwood said: “The People’s Vote campaign has mobilised millions of people across these islands as part of a huge pro-European movement for change.

“I’m glad to have their endorsement as the most Pro-Europe candidate to become the next MP for Foyle and I will again commit to using every parliamentary and diplomatic tool at my disposal to prevent Brexit if elected next month.

“There’s a political, economic and social crisis facing this island and we need people at Westminster willing to face it down.

“We can’t afford an MP who’s sitting this fight out any longer,” added the Foyle MLA.