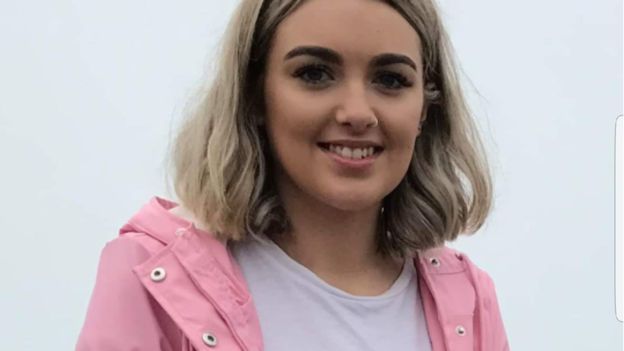 A CO Derry student praised for helping to evacuate a burning block of flats says she has lost everything in the blaze.

Kate Farren, one of the building’s fire wardens, was on the sixth floor of The Cube in Bolton when the fire broke out at about 8,30 pm on Friday.

The Ballykelly student said she had been getting ready to go out when she was alerted to smoke in the building.

“We started evacuating… like we are trained to do, it was all a blur,” she said.

Two people were injured in the fire, amid confusion among residents because, as one said, fire alarms go off “almost every day”. An investigation is under way into the cause of the blaze.

Kate, a third year student, told BBC Radio Foyle that, once outside, she watched her room, and all her personal possessions, burn.

“It was so surreal, it was terrifying really,” she said.

“She could see all the smoke; she said there might be a fire,” Kate said.

“I looked out there was loads of smoke but only the smallest fire at that point.”

She said her training as a student warden kicked in, but she only grasped the scale of the blaze when she was outside.

At its height, about 200 firefighters from 40 fire engines were tackling the Bolton blaze. 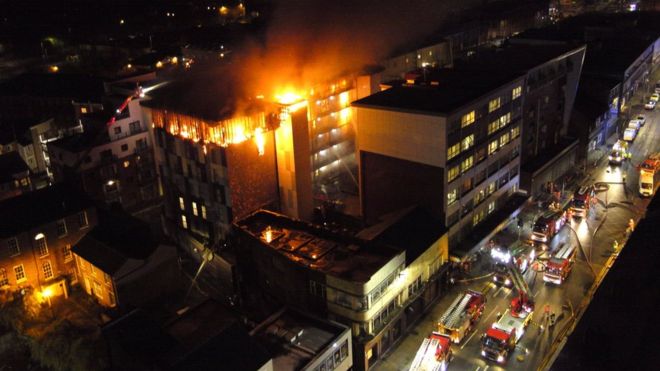 The blaze at The Cube tower block in Bolton on Friday

Kate added: “My room was one of the back rooms on the top floor, I could see the fire hit it; I watched it, just watched the whole room burn.

“I don’t think it hit people until later that night or next day,” she said.

She is currently staying in a hotel until more permanent accommodation can be organised.

Kate paid tribute to the work of the university, emergency services and the generosity of people who have supported students since the fire.

More than £10,000 has been raised for the University of Bolton students through a crowdfunding appeal.