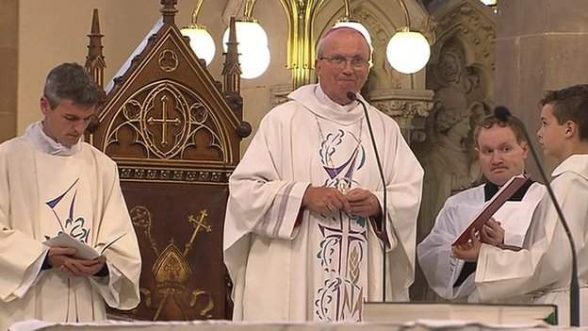 THE Catholic Bishop of Derry said the Church was “open to conversations” about compensation payments for victims of historical institutional abuse.

Bishop Donal McKeown said the Church was open to talks, but the state should begin talks with all parties involved.

He was responding to comments made by head of the civil service David Sterling, who said earlier this week that the civil service was “pursuing” state-led institutions and Churches for contributions to offset the cost of the payments.

Today, Friday, November 15, High Court judge Mr Justice Adrian Colton was appointed to be president of the Abuse Redress Board which will oversee compensation payments to victims of institutional abuse.

Dr McKeown stressed that there were number of institutions involved, who are collectively responsible in different ways Asking Westminster to help the civil service fund payments was also an option, he added.

The HIA studied allegations of abuse in 22 homes and other residential institutions between 1922 to 1995.

These were facilities run by the state, local authorities, the Catholic Church, the Church of Ireland and the children’s charity Barnardo’s.

The largest number of complaints related to four Catholic-run homes.

Responding to Mr Sterling’s comments, Bishop McKeown stressed that there were number of institutions involved, who were responsible in different ways.

“There were voluntary organisations, there were Churches involved and obviously, Judge Harte was very clear, the state with a lack of supervision was involved,” he said.

Bishop McKeown also said the the majority of institutions involved in HIA were not Catholic.

He stated that the amount given in compensation would also need to be finalised.

“For every £10 million that goes to victims or survivors that’s £10 million not available for some other things,” added the bishop.