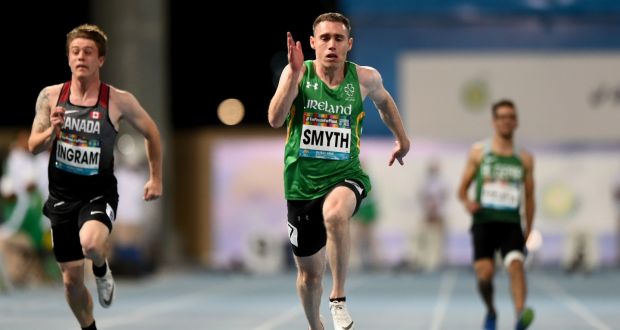 BEAT that! Jason Smyth is Still undefeated on the major championship stage after winning his 20th gold medal in a Para-athletics sprint event.

He won the 100 metres T-13 final at 2019 World Para-Athletics Championships in Dubai.

At age 32 the Derry athlete is showing no signs of slowing down either, clocking a championship record of 10.54 seconds to win his ninth World Para-Athletics gold in all, including one indoors, and his fifth out of the last six over the 100m.

Smyth proved as dominant as ever in the T13 category for the visually impaired, breaking clear halfway down the stretch, leaving Chad Perris from Australia to win silver some distance back in 10.86 seconds.

“It’s another incredible world championships, things obviously have been going very well this year,” he said.

“And such a strange time of the year, November, to be trying to put up fast times but to come here and put up one of my fastest times of the season, it’s testament to a lot of the people that are around me and supporting me and putting me in a position to get here and do so.”

Last summer in Berlin, Smyth further extended what is, by his own admission, a quite remarkable winning strea.

Now 15 years undefeated on the international stage, he pocketed another double sprint gold at the European Para-Athletics Championships, with another record to boot, bringing his tally at that stage to 19.

That made it five Paralympics gold medals, another six European gold medals plus his now eight at the World Championships (including one indoors, from 2005).

By any standards it is unique in Irish sport – and Smyth is already eyeing up Tokyo 2020, his fourth Paralympics, where even at age 33 there is the promise of yet more gold.

Since making his major breakthrough at the 2008 Paralympics in Beijing, Smyth has repeatedly proven himself the very best in his category, the father of two now looking to maintain that winning streak in Tokyo next August. 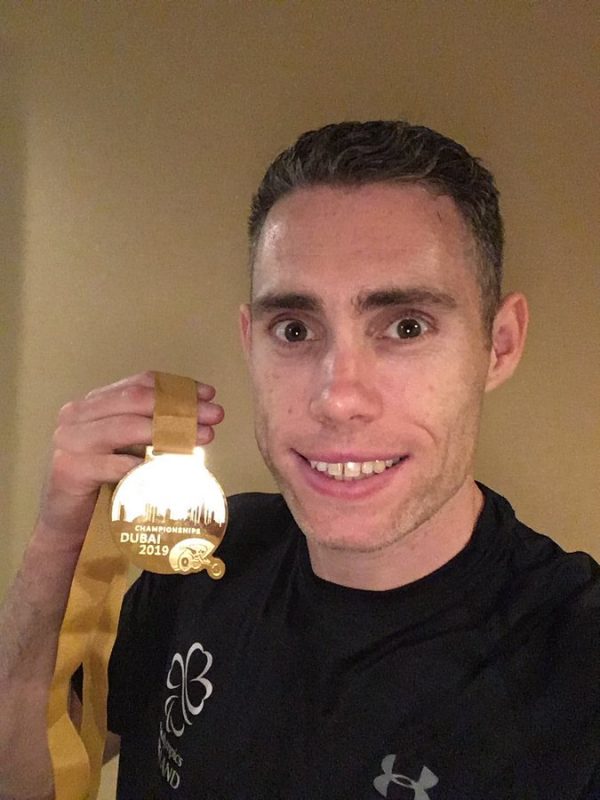 Jason Smyth with gold medal No 20

It added to the first medal won by Team Ireland in Dubai, after Niamh McCarthy threw a fourth round best of 29.70 metres to win the bronze medal in the F41 discuss, having sat just outside the medals in the earlier rounds.

Jordan Lee, only 19 and making his major debut, came into the T47 high jump final having recorded the third highest jump of the field this year when he jumped a 1.95m.

However, Jordan had been suffering from a heel injury that had impacted on his preparation over the last month and this showed as he struggled on his approach to the bar.

It took his final effort to clear 1.87m after a few aborted attempts at the height; with the bar at 1.91m Lee struggled to summon the momentum that he needed and he couldn’t quite get the clearance he needed to finish in joint 6th position: “I believe in situations like this it really shows and defines your true character and you rise above it and that’s what I’m going to do,” he said.