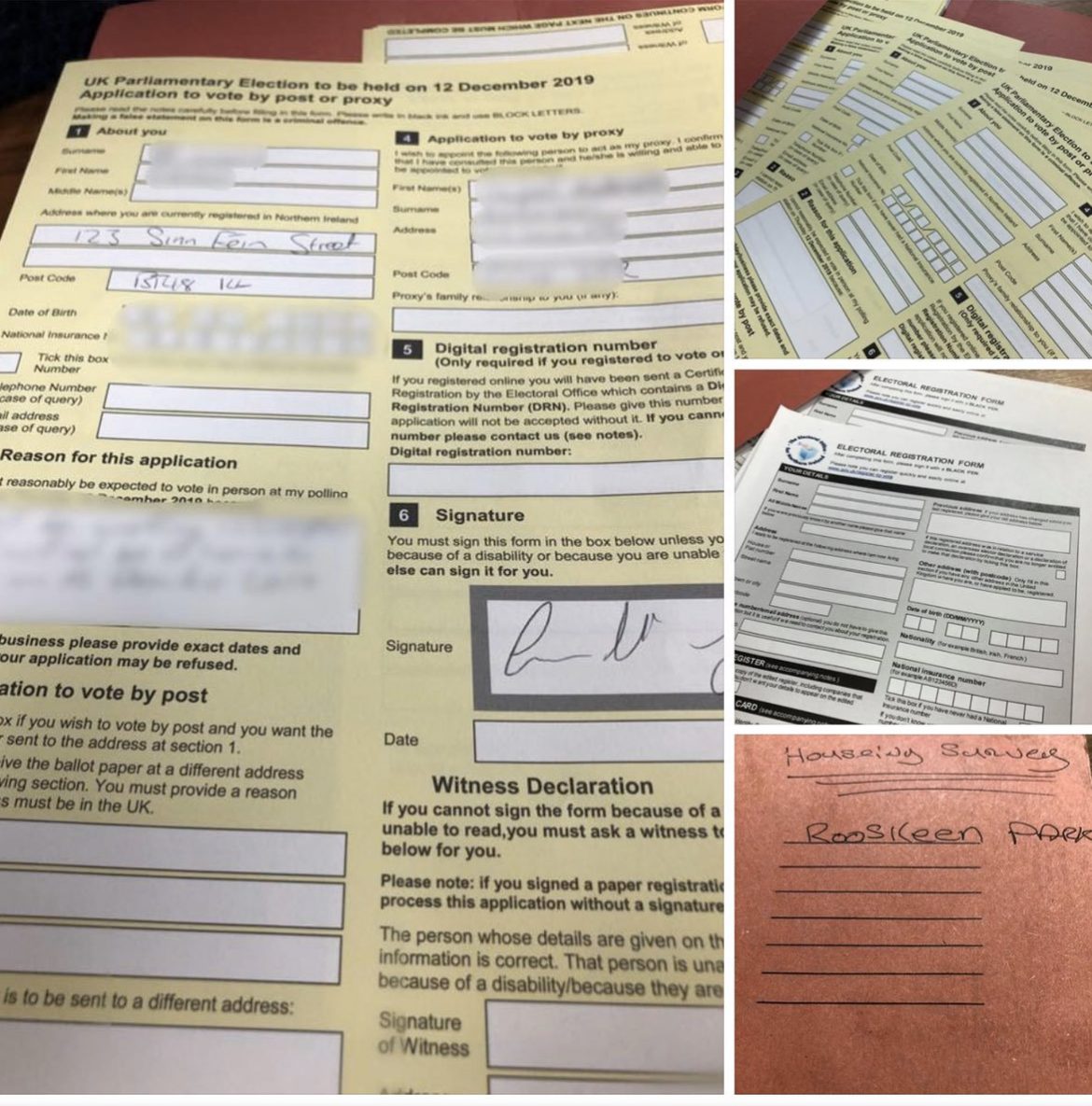 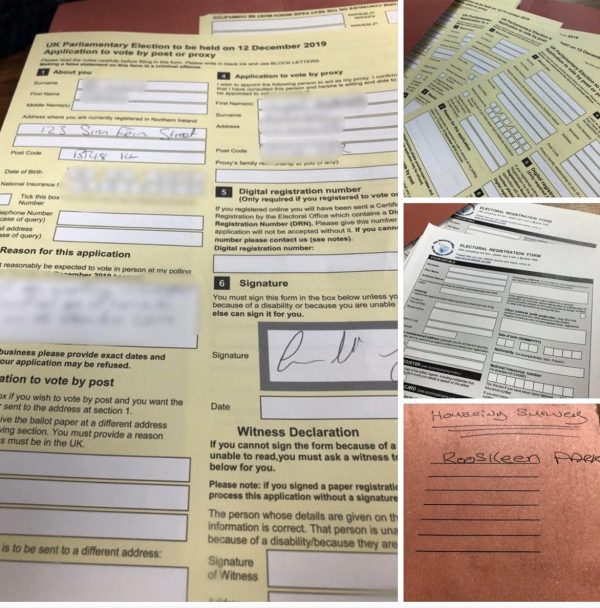 EAST Derry Westminster election candidate Gregory Campbell has called for close scrutiny of postal and proxy votes after 100 application forms were discovered behind a Derry shop.

The items included a template for completing forms using a fictional address of ‘123 Sinn Fein Street’.

The documents were found in a folder at the premises in William Street marked as ”housing surverys”.

The discovery, which is being investigated by police, was discussed at a meeting between political representatives and the Electoral Office on Monday.

In the last general election in 2017, the average number of proxy votes in constituencies that elected a Sinn Fein MP was 23.5 per 1,000 ballots.

Mr Campbell said: “If you look at the various constituencies where Sinn Fein secured a seat, the number of proxy and postal applications were extraordinarily high – and higher by as much as five or sixfold.

“I cannot understand why this hasn’t merited closer scrutiny from the Electoral Office in the past.

“But the important thing for now is that, given past events and the allegations which are now being investigated in Foyle, it is all the more important that the Electoral Office is exceptionally careful and scrutinises every single application closely in this coming elections.

“Applications are coming in now and will close on November 21, so it is all the more important that what allegedly happened in the past doesn’t happen again. I have already raised this on a number of occasions with the Electoral Office, but unfortunately they issued me with the standard response of they take any allegation seriously and they have a strict regime in place, but that doesn’t really instil confidence.

“There could of course be legitimate reasons for there being a higher number of proxy and postal vote applications in Foyle, but what I cannot accept is that there is a legitimate reason why they are so extraordinarily high.”

However, he added: “I believe there should be greater efforts made to ascertain evidence from people to support their application without disenfranchising people”.

He also raised concerns over details about voters being taken from polling stations and urged the authorities “to ensure that no information, such as who has and hasn’t voted, is leaked from the polling station because that is a crime”.

In response, Ms McVea said: “If there are any allegations about information being taken out of polling stations, they must be raised with staff right away so that we can deal with them.

“Until there is a change in the legislation, that is what we (will) work to.

“We have now entirely centralised the absent vote process. It is now dealt with entirely in Belfast and I oversee it directly.”