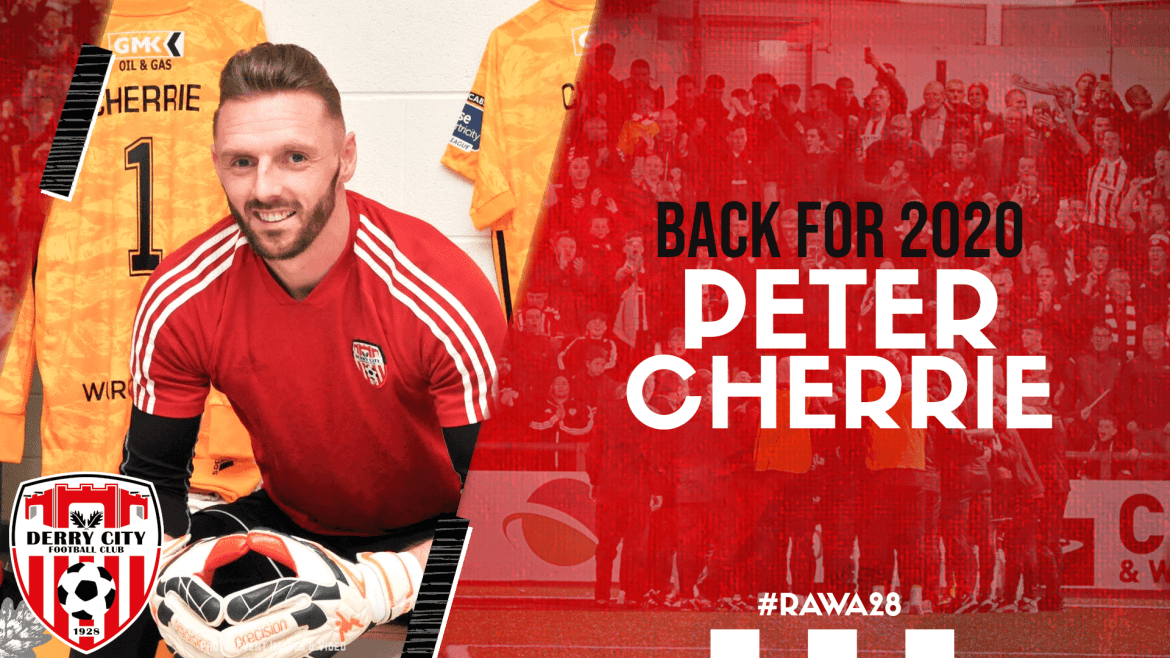 In safe hands! Peter Cherry back in goals for Derry City next season 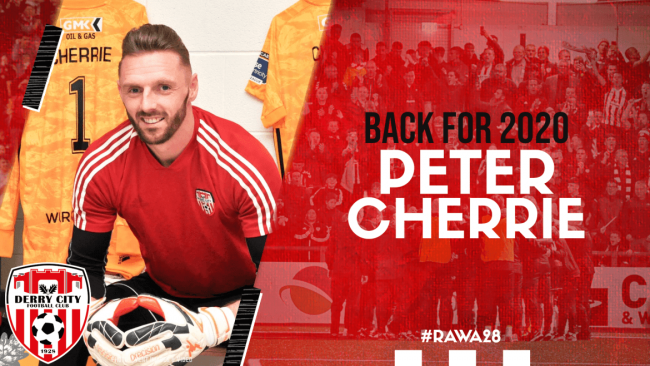 GOOD news for City fans today as goalkeeper Peter Cherrie has extended his stay at the Brandywell for the 2020 season.

And he will be looking forward to a new campaign beginning in February and the prospect of a European tie later in the year.

Declan Devine was delighted to confirm the news.

Said the Candystripes manager: “He’s a fantastic keeper and the type of person we want at Derry City.”

In safe hands! Peter Cherry back in goals for Derry City next season was last modified: November 14th, 2019 by John