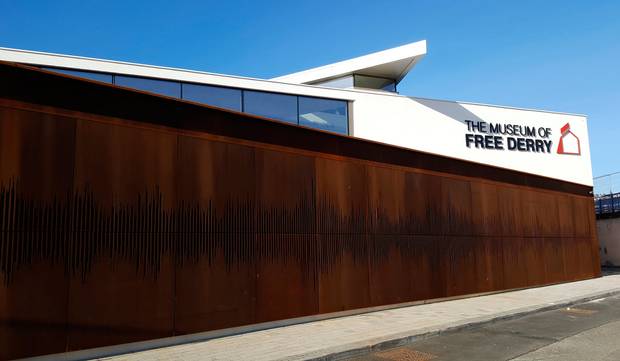 A charity established to support relatives of Bloody Sunday victims has lost a High Court battle over a £210,000 bill for redevelopment work at its museum in Derry.

The Bloody Sunday Trust had refused to pay the fees, claiming they were excessive and raising allegations of fraud.

But a judge ruled that a consortium of construction professionals is entitled to the full sum after rejecting any suggestion of deceit.

The case centred on the cost of extension and refurbishment work at the Museum of Free Derry.

The Bogside facilities focus on the civil rights campaign and early years of the Troubles, including the killing of 13 civilians by British soldiers in January 1972.

In 2013 the Trust entered into a contract for design and project management services in connection with the redevelopment funded by the public sector.

The deal was reached with a consortium made up of Brennan Associates, The Mulheron Partnership, Ivan Scott Associates, Gillespie & Cummings, and Safety Professionals t/a The Integrated Design Team.

The group suspended work in September 2017 because of a failure to pay an alleged fee in excess of £250,000, the court heard.

By that stage the new building had been officially opened.

But the defendant contended fees were excessive and duplicated in payments already made.

The Trust also alleged failures and breaches in the contract which resulted in it incurring £98,000 in additional costs and potentially losing £120,000 of funding if the works were not completed within a reasonable time.

Earlier this year an adjudicator decided that the £210,000 fee should have been paid by September 2017.

The consortium sought enforcement of the award at the High Court after the Trust refused to pay.

Ruling on the case, Mr Justice Horner stressed that no clear and unambiguous evidence of fraud had been presented.

He said: “Allegations of overcharging, excessive fees etc. do not without more constitute deceit.

“There is no credible evidence put forward that the plaintiffs acted recklessly in making the claims they did.”

He also held that any lack of legal training on the part of an organisation’s chairman or board of governors was no defence to the application for summary judgment.

Despite expressing sympathy and admiration for those involved in the Trust’s charitable work, the judge added: “It is their responsibility to ensure that they have the necessary legal advice to enable them to obtain the best result for their charity.

“It is not for the court to apply different rules to ease their predicament.”

He concluded: “In the circumstances I find that the plaintiffs are entitled to summary judgment for the full sum claimed.

“The defendant has been unable to raise an issue or question to be tried or persuade the court that there is some other reason why there should be a plenary trial.”