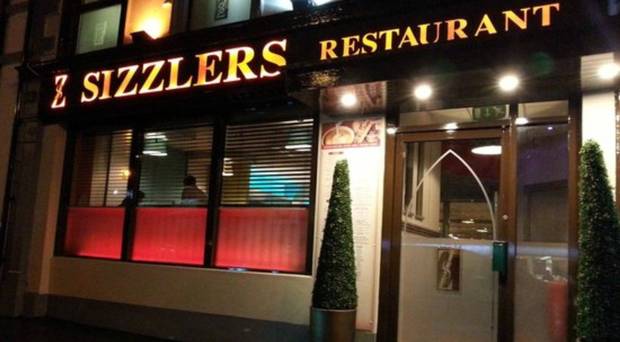 THE owners of a restaurant in Magherafelt have been ordered to pay £14,000 in compensation to a former employee after a tribunal ruled he had been racially harassed.

Damian Anysz, a Polish national, took the case against Sizzlers, where he worked as a commis chef from November 2016 until July 2018.

According to the Belfast Telegraph, the claimant accused his former employers of repeated racial harassment by discrimination and verbal abuse.

The restaurant is now insolvent and no defence was entered on its behalf during a one-day hearing in Belfast.

The tribunal heard that in May 2017 Mr Anysz was sworn at by a long-standing staff member, June Fullerton.

When he asked her if she needed any assistance, she replied: “You should go back to your own f****** country.”

After he complained, Ms Fullerton apologised and resumed what had seemed to be a cordial working relationship.

When he returned from holiday she continued to be abrupt in her dealings with him and appeared to be talking about him in a derogatory way to other staff.

The tribunal heard of other incidents, including one in which Ms Fullerton allegedly deliberately collided with him while she was carrying a metal tray, and another in which she is said to have unbalanced bottles of sauce he was filling.

Mr Anysz gave evidence that Ms Fullerton continued to refer to him as a “f****** foreigner” to colleagues and muttered in a similar vein when walking behind him.

He claimed she also deliberately closed a door on his arm, leaving a red mark.

Mr Anysz said he complained to his bosses about the incidents, but nothing was done and he considered resigning.

During a subsequent investigation meeting Ms Fullerton admitted that she had called him a “foreign c***”.

When asked about how she felt about it, she is said to have replied: “I might say it again… it just depends on the temper.”

According to Mr Anysz, after returning to work following a suspension, Ms Fullerton deliberately made his job more difficult, but he felt that there was no point in complaining further because of the “feeble and tardy response”, coupled with what he viewed as “a wholly inadequate penalty”.

Another strand of Mr Anysz’s race discrimination case was the employment of Patrick Totten as a chef in February last year.

In one incident he thought that Mr Totten was deliberately hiding chicken from him while they were using a mobile catering van at the Balmoral Show in May of that year.

When the chicken was eventually found, Mr Totten told him to “open your f****** eyes”, adding, “you be careful, Damian”, which the claimant took as a threat.

Mr Anysz claimed that Mr Totten had also used the word “foreigner” towards him.

He later discovered that Mr Totten was being paid more than him, which he again put down to his race.

He was told that Mr Totten was a very experienced chef who demanded a higher rate of pay and it was “extremely difficult to recruit anyone”.

Mr Anysz eventually felt that he had no option but to resign.

The tribunal ruled that Mr Anysz had been subjected to abuse which was “demeaning and undermining”, including “a clear whispering campaign to isolate him from his colleagues”.

The tribunal also found that Mr Anysz had not been provided with his terms and conditions by his former employers, and will receive a further £1,204.88.

Sizzlers restaurant is ordered to pay £14k to Polish chef over racist abuse was last modified: November 7th, 2019 by John

Coronavirus: McDonald’s to re-open all drive-thrus in...