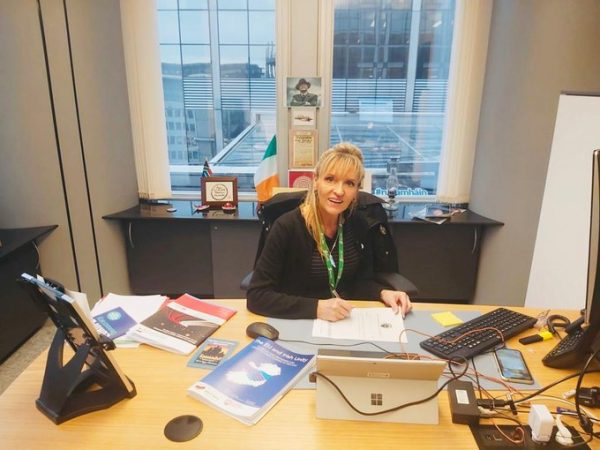 SINN Féin MEP Martina Anderson has signed a declaration in support of the European Parliament Intergroup on Children’s Rights.

Speaking as she supported the declaration, the Derry politician said: “I am proud to be in support of the Intergroup on Children’s Rights.

“This group is working to end all forms of violence against children, break the cycles of poverty, inequality and conflict for future generations, invest in children inside and outside Europe and listen to children’s voices by involving them in decisions affecting them and act on children’s views.

“Tory/DUP Brexiteers are planning to scrap the Charter of Fundamental Rights post-Brexit, which means rights that safeguard children in the Charter will be scrapped.

“In my work within the European Parliament during the previous legislature, I ran a social media campaign called ‘One Thing’ for young people and hosted a delegation of young people in Brussels to have their voices heard.

“There are around 100 million children and young people across Europe, their views and concerns need to be taken into account when it comes to developing policy and legislation that affects their lives.”