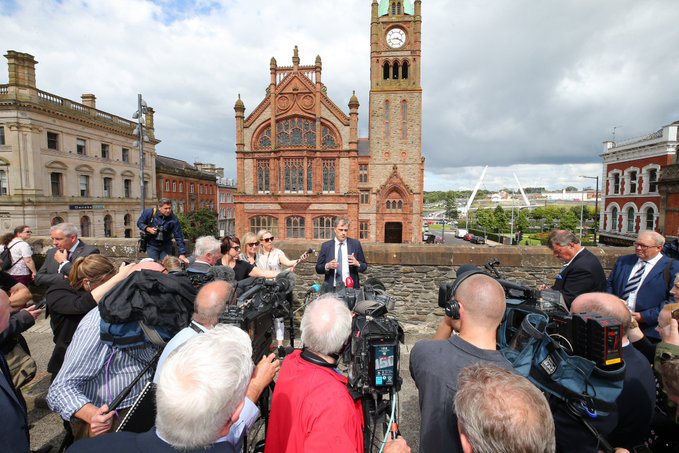 THE Northern Ireland Office has launched a six-week consultation on the legal framework governing abortion ahead of the introduction of termination services in Northern Ireland on March 31 2020.

The British Government said it welcomes comments from anyone with an interest or a view, particularly those who are directly impacted by the current law and any changes to it.

The North of Ireland had the strictest abortion regime in the UK or Ireland up until October 22, with terminations only permitted if the mother’s life was in danger or there was a serious risk to her physical or mental health.

Abortion was decriminalised as a result of action taken by Westminster, with those affected in the interim period until March continuing to travel to England for medical terminations.

However, information can be shared and medical assistance provided for any women who have taken medication.

In his foreword to the consultation, the British Secretary of State said he’s aware this is a sensitive matter, with differing views across society in Northern Ireland.

“I have made the case to party leaders in Northern Ireland that the best way of dealing with this issue would be to form an Executive that could take forward these commitments in the best interests in Northern Ireland – unfortunately, this has not been possible to achieve,” said Julian Smith.

“In doing so, the health and safety of women and girls, and clarity and certainty for the medical profession, are at the forefront of the Government’s consideration,” he said.

The consultation document covers a number of issues, including questions on the gestational limit for early terminations of pregnancy and the availability of abortion without time limits in the case of fetal abnormality and the scrutiny of services.

It asks about conscientious objections, where medical practitioners and other healthcare professionals may opt out of certain duties on grounds of conscience.

The consultation will remain open until 11.45pm on December 16.