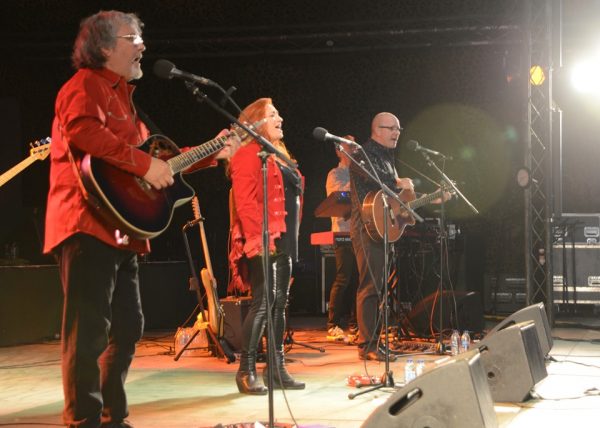 The Illegals to hit the Alley stage

TWENTY-FIVE years ago, the Eagles came back with their magical Hell Freezes Over world tour and Fleetwood Mac reformed their most successful line-up.

To celebrate, The Illegals are putting on a new show for these two ground-shaking music events from the world’s two most iconic rock bands on Saturday 23rd November at the Alley Theatre.

Led by Niamh Kavanagh, with her mesmerizing voice and mischievous spirit, The Illegals will take you on a three-hour journey of soulful harmonies, exciting riffs, blistering guitars and unforgettable songs.

The best of two legendary bands in one night? It’s almost too good to be true.

Songs like Last Resort, Go Your Own Way, Life In The Fast Lane, Don’t Stop, In The City, Say That You Love Me, Love Will Keep Us Alive, The Chain, Hotel California and many others will have dancing and singing along.

It’s all in celebration of two of the greatest rock bands of all time who have sat at the top of the billboards for over 40 years.

Aside from the headline albums, the show consists of many other Eagles and Fleetwood Mac hits, as well as some of the solo work from individual members and other ‘connected’ artists.

The Illegals are a band of experienced musicians performing mostly in theatres and rock venues throughout the country, putting on a formidable show and giving thousands of fans an experience they won’t forget.

Raving reviews include “Niamh is outstanding – The Rolls-Royce of Irish Rock” – RTE and “simply stunning” – BBC.

If you missed out last year, book your ticket early through the box office for this gig. You won’t be disappointed.

The Illegals to hit the Alley stage was last modified: November 4th, 2019 by John