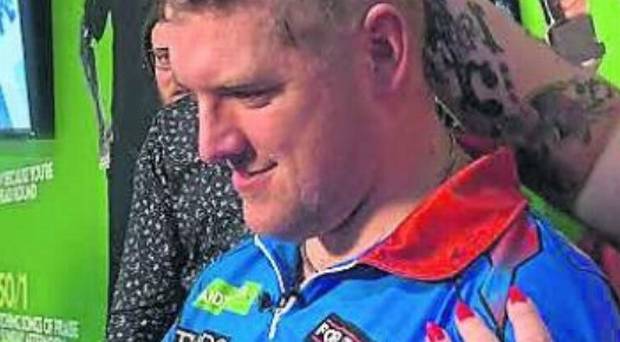 A close shave for Daryl as he raises £20,000 for Cystic Fibrosis

The gesture, at the end of the Champions League of Darts in Leicestershire, was made in memory of friend Aaron McMenamin, who passed away in 2017.

It caught the attention of dart manufacturer Winmau, who contributed an additional £5,000.

Gurney, ranked among the top players in the world, said being without his hair for a few weeks was insignificant compared to the pain and suffering people with the crippling condition endure.

He is delighted that it raised so much money in memory of his good friend.

Daryl told the Belfast Telegraph: “I first met Aaron through playing darts about seven years before he passed away.

“I was playing against him and beat him, but we got chatting and just got on really well and it ended up he came with me every weekend, no matter where I was playing.

“A lot of people got to know Aaron through the darts, but what only a few would have been aware of is that Aaron had a younger sister who also had cystic fibrosis, and sadly they passed away within six months of each other.”

He added: “Cystic fibrosis is such a terrible condition so I thought raising money for research into cystic fibrosis would be something worthwhile.

“Shaving my hair off was a small price to pay when you consider the people who lose their hair through illness.”

Having made the decision to shave his head and in an effort to boost his fundraising efforts, Daryl made things as public as he could.

Explained Daryl: “I’d set a target of £10,000 initially but we’ve doubled that, which is really brilliant. 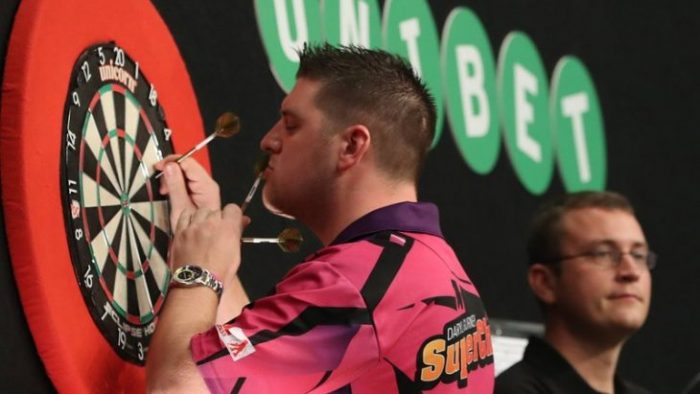 “The whole thing was actually filmed live by the event sponsor Paddy Power and the BBC to try and boost the number of donations.

“And it certainly worked.

“We have had money in from so many people that we have never heard of but for whom cystic fibrosis must be a cause close to their heart.”