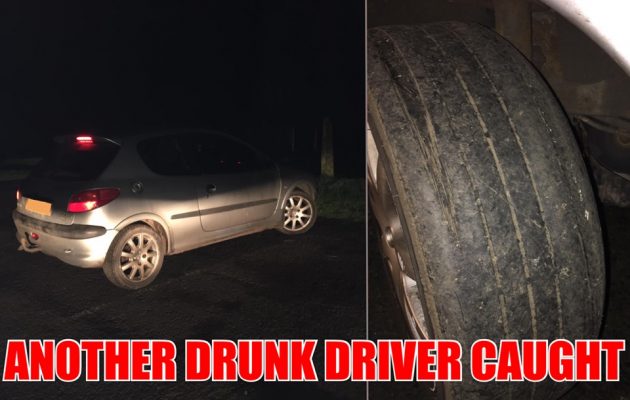 POLICE say they are relieved to take have taken a drunk driver off the roads last night.

Officers on patrol in Clady stopped a Peugeot car and were shocked at how drunk the driver was behind the wheel.

And they say the selfish unlicensed and uninsured motorist was so drunk the person “could barely speak or stand”.

An officer writing on PSNI Magherafelt’s Facebook page wrote of the motorist:

“In possession of drugs

“Tyres so far gone the wires were sticking out.

“Relieved that we’ve caught and removed this disgrace from the roads near Clady tonight.

“Anger that these selfish individuals are still putting yours and so many other lives in danger by going out on the roads.”

The drunk driver will soon have a day in court to explain their actions to a judge.

Another selfish drunk driver almost four times the limit taken off the roads was last modified: October 27th, 2019 by John