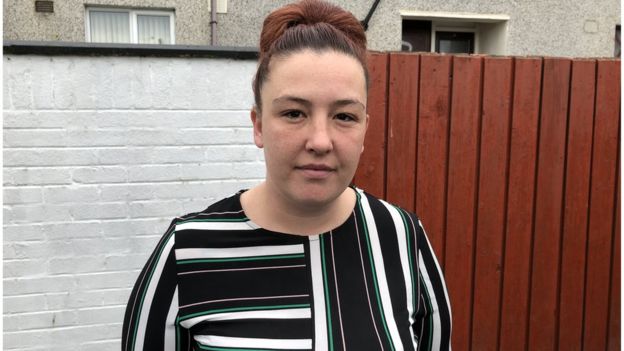 A MOTHER of five has described how her children feared they would be killed during a gun attack on their Derry home last weekend.

One of three masked men fired a shot through a bedroom window of Katie Bowers family home in Shearwater Way around 8 pm last Sunday, December 20.

She said as the attackers stood in the back garden the family said their last goodbyes to each other.

“I thought they were going to come in and continue to shoot,” Ms Bowers said.

During the attack, she barricaded her five children, aged between three and 13, into one room, wedging herself between the door and bunk beds to keep the door shut.

“I thought we were going to die, we were saying our last goodbyes, holding each other, the children were begging the police to hurry up, I was screaming, we all held each other,” she said.

She had been watching television when one of her sons shouted: “Mummy, mummy, there are three masked men in the garden.”

“I looked out the window to see anything, as I glanced up up I saw a man in a balaclava, he looked at me and I looked at him, he raised both hands and what I saw was a gun,” she said.

“I ran back from the window grabbed my two boys, and a shot fired through the window.

“I put my back to the door and feet on the bunk bed, if they had have got in they would have had to go through me before they got to my children.”

She said her older sons were comforting the younger children, telling them how much they loved them and that it would be okay.

“I was telling all my children I loved them all and not to worry, just to be quiet because [the men] were still at the door,” she said. 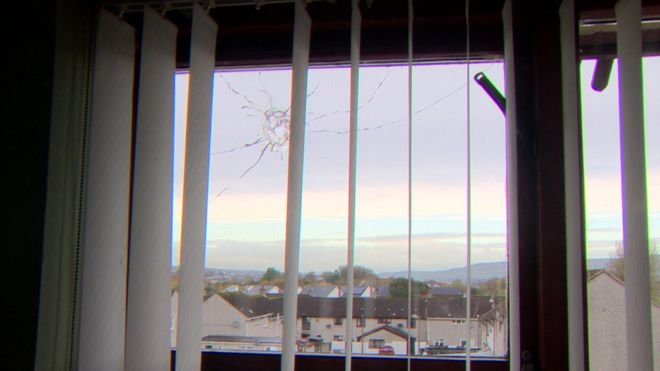 Detectives in Derry are working to establish a motive for the gun attack.

Ms Bowers cannot understand why her home – in which her family has lived for 13 years – was targeted, saying it may have been a case of mistaken identity.

The children will now not return to the house.

“It’s not my home anymore, it’s a shell of a home, memories have gone to dust, my children don’t want to come back,” said Ms Bowers.

She described those behind the attack as “cowards”.