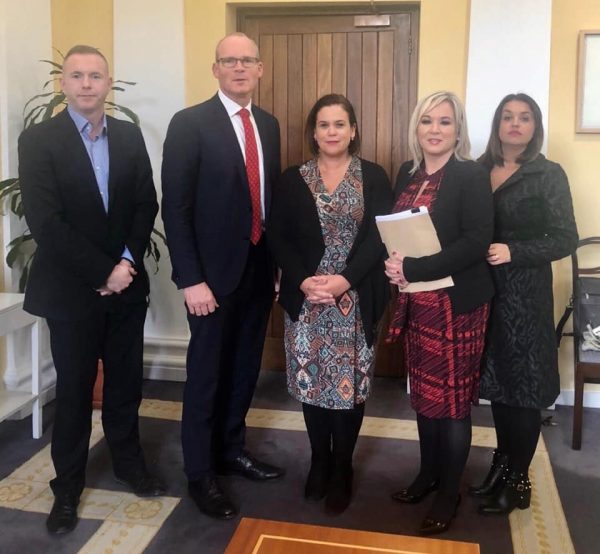 The Foyle MP said: “The wider north west area of Derry, Donegal and Tryone has benefited immensely from EU funded programmes through the PEACE and INTERREG initiatives.

“There is widespread concern that this funding, which amounts to €550 million in the current funding period, will be lost when we are dragged out of the EU against our will by the British government as a result of Brexit.

“My party colleagues in Leinster House challenged the Irish government on post Brexit funding for the north west region and have been told that the Dublin government is engaging with the EU about how the current funding, which is due to run until 2020, will be impacted by Brexit and what will replace it.

“The Irish government have confirmed that the current funding will continue even in the event of a crash-out Brexit and that the EU has proposed a PEACE plus programme to continue funding post Brexit.

“It is vital EU funding for projects in the wider north west region continues after Brexit, particular as border regions like the north west will be among those worst hit by this reckless British government policy.

“I will continue to press the Irish government to secure this important funding for the north west and ensure it is delivered to the areas where it is needed most,” added the former Mayor of Derry.