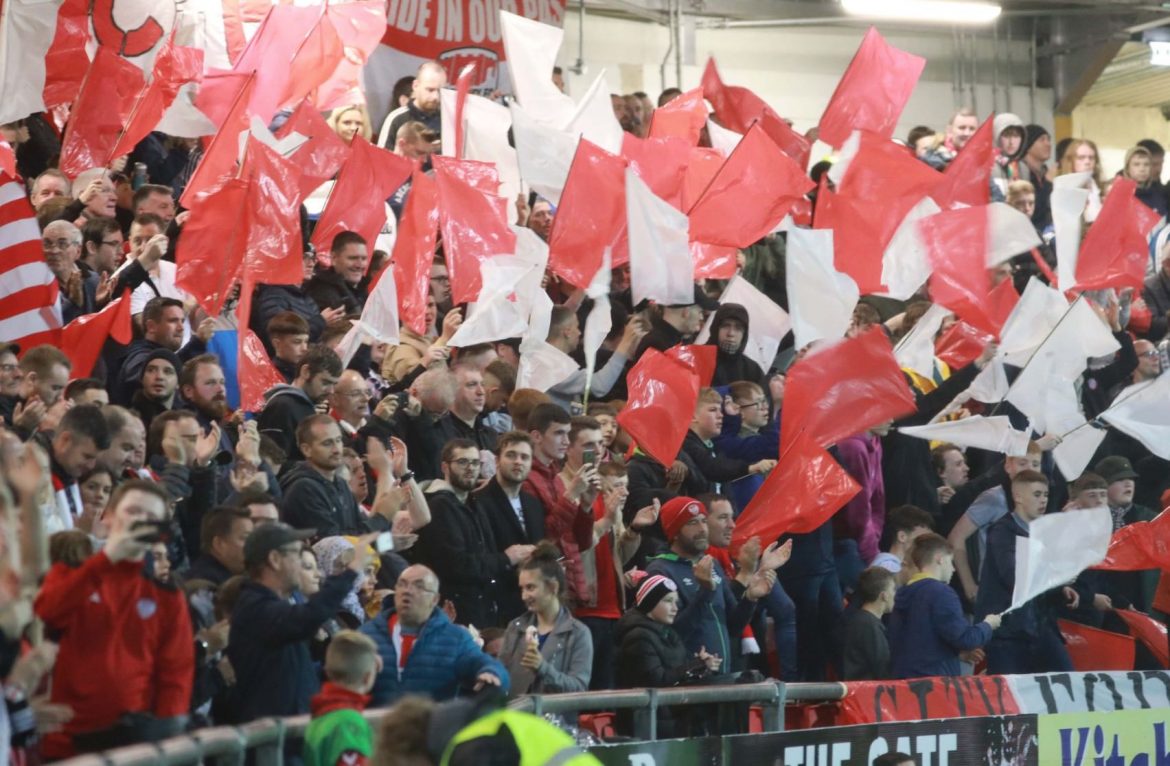 Derry City came from behind to beat Sligo Rovers 2-1 and edge ever-closer to sealing a European spot.

Goals from Jamie McDonagh and captain Barry McNamee won the match for the Candystripes after Lewis Banks had given the hosts an early lead.

It means Declan Devine’s fourth-placed side can qualify for next season’s Europa League with a draw against St Pat’s Athletic on Tuesday.

The top four go into Europe and St Pat’s are five points behind in fifth.