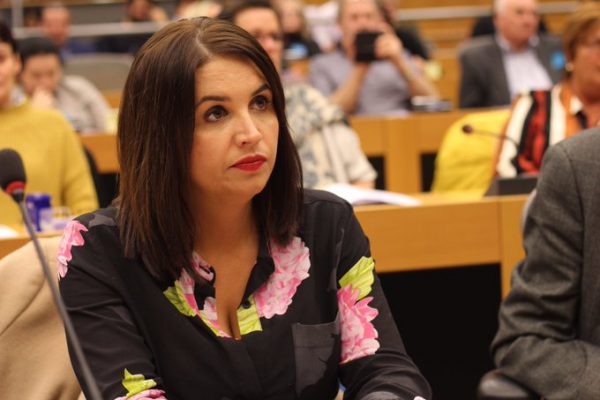 The Foyle MP said: “This week’s court decision on Emma De Souza’s citizenship has caused widespread anger among the nationalist community across the north.

“The Good Friday Agreement clearly states that people born in the north of Ireland can be British, Irish or both. The British government is now riding roughshod over that by pursuing Emma De Souza in the courts.

“Today a series of protests will be held across the north to give people the opportunity to stand up for the Good Friday Agreement and send a clear message to the British government that we are Irish too.

“The Irish government, as co-guarantors of the Good Friday Agreement also need to stand by the Agreement and not allow the British government to trample over it and should be protecting our citizenship and identity rights as it has pledged to do.

“I would call on as many people as possible to come along to the public rallies in Derry and Belfast to stand up for the Agreement and stand up for our rights.”