TÁNAISTE Simon Coveney has said he will raise with British Secretary of State Julian Smith a tribunal ruling that people born in the North of Ireland are British citizens even if they identify as Irish.

Co Derry native Emma De Souza won a case in 2017 against the Home Office after it deemed she was British when her US-born husband Jake applied for a residence card.

However, an immigration tribunal yesterday upheld an appeal.

Under the Good Friday Agreement (GFA), people in the North of Ireland are entitled to identify as Irish, British or both.

“UK Government has pledged to review rules around citizenship and deliver a long term solution consistent with GFA,” he said.

“An outcome is urgently needed and I will raise this again with Secretary of State for NI (Northern Ireland) tomorrow.”

After the Upper Tribunal Immigration and Asylum Chamber ruling yesterday, Ms DeSouza, from Magherafelt, pledged to take her case to the Court of Appeal in Belfast.

“After four years it’s safe to say we won’t be lying down any time soon,” she said.

In 2015, Mr DeSouza had attempted to secure a UK residence card under European Law, with his wife sponsoring his application as a European Economic Area (EEA) national.

However, the immigration regulations define that a sponsoring EEA national must be a citizen of an EEA state who is “not also a British citizen”.

As the Home Office considered Ms DeSouza a British citizen, it found that she did not meet the required definition and rejected the application.

She then had the option to assert British citizenship to secure residency for her husband under UK domestic immigration rules, not EU law. 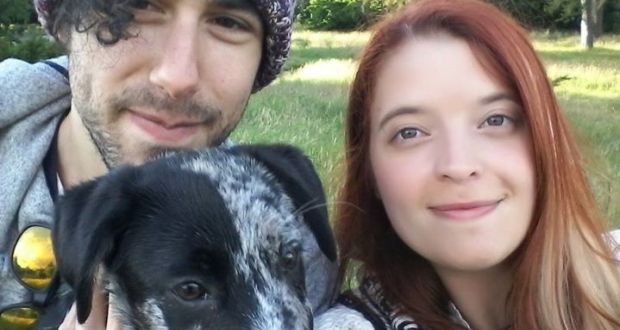 Alternately she was told she could renounce her British citizenship and then reapply as an EEA national.

The Co Derry woman insisted she should not have to declare herself British to enable her husband to stay in the UK, and should have the right, as an Irish woman, to avail of entitlement as an EEA national.

She argued that she never considered herself British and could she renounce citizenship she never had.

Ms DeSouza took a legal challenge against the Home Office and won, with a judge at a First Tier Immigration Tribunal ruling in 2017 that she was an “Irish national only who has only ever been such”.

The Home Office appealed against that decision at an Upper Tribunal hearing earlier this year. Those judges found in its favour.

Ms DeSouza said her case will have implications for EU citizens post-Brexit.

Finding in the government’s favour, Mr Justice Lane, president of the Upper Tribunal Immigration and Asylum Chamber, said to make citizenship dependent on “consent” raised a “host of difficulties”.