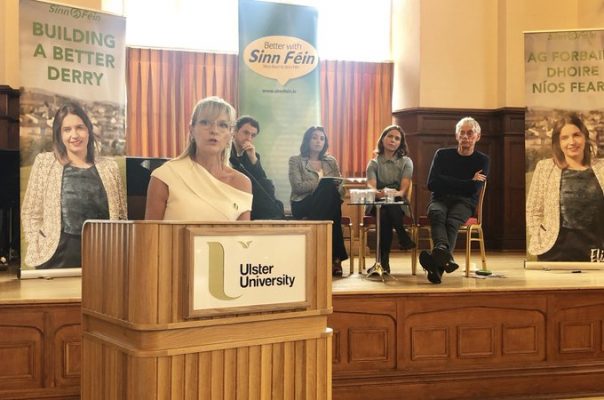 SINN Féin MEP Martina Anderson has said border communities will suffer the dire impact of a crash out Tory/DUP Brexit.

“On the tour of the Monaghan/Tyrone border we have heard the dire impact any hardening of the border would have on the lives of people living in border communities.

“Boris Johnson’s proposals to bring back customs checks on the island of Ireland is dangerous and reckless and represents a huge setback for our peace process.

“The Tories are wedded to a self-serving pact with the DUP to drive through a catastrophic Brexit which will drive our economy over the cliff.

“It’s important that we continue to hear the voices of business, traders, manufacturers and people who cross the border everyday in opposing this reckless agenda and any hardening of the border in Ireland.”