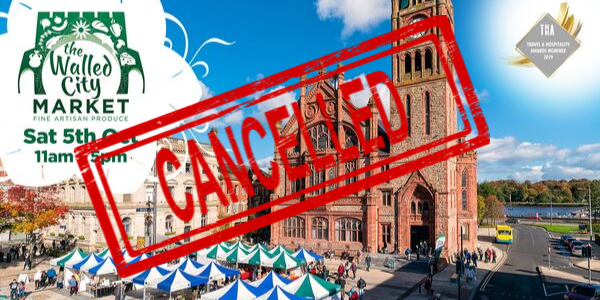 DERRY City and Strabane District Council has announced that the Walled City Market planned for tomorrow, Saturday, October 5, has now been cancelled.

A Council spokesperson said: “Unfortunately due to adverse weather conditions forecast the decision has been taken to cancel tomorrows Walled City Market in Guildhall Square has been cancelled.

“The Health & Safety of traders & general public are of upmost importance.

“Derry City and Strabane District Council apologises for the inconvenience.”