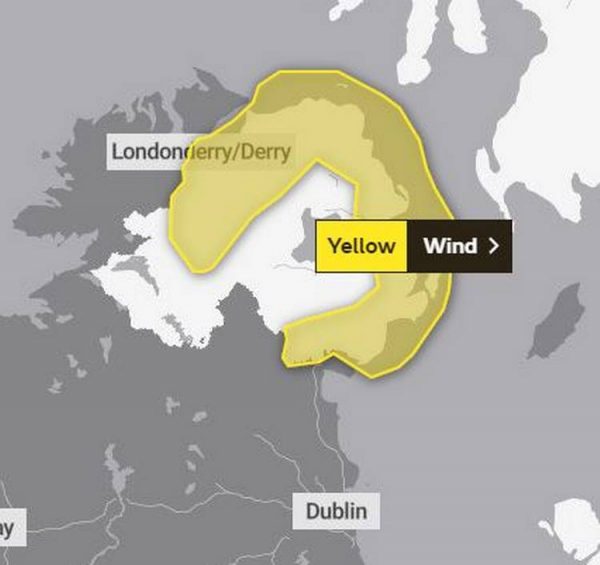 DERRY has been put on alert of high winds and heavy rain this afternoon.

The alert has been sounded as Storm Lorenzo sweeps in from the Atlantic.

An orange weather warning has also been issued for parts of the Republic as ex-Hurricane Lorenzo makes its way west.

It will be in place from 3 pm today, Thursday, October 3, until 3 am on Friday, October 4

Counties Galway, Mayo, Clare, Cork, Kerry and Limerick are expected to be worst affected, with gusts of wind reaching up to 81 mph, and higher in coastal regions.

A yellow weather warning for wind and rain is in place across Ireland, including Derry and Donegal.

When it was a hurricane, Lorenzo was the most powerful ever recorded in the far east Atlantic but will have lost most of its power by the time it arrives today.

Derry warned to batten down the hatches as Storm Lorenzo sweeps in was last modified: October 4th, 2019 by John