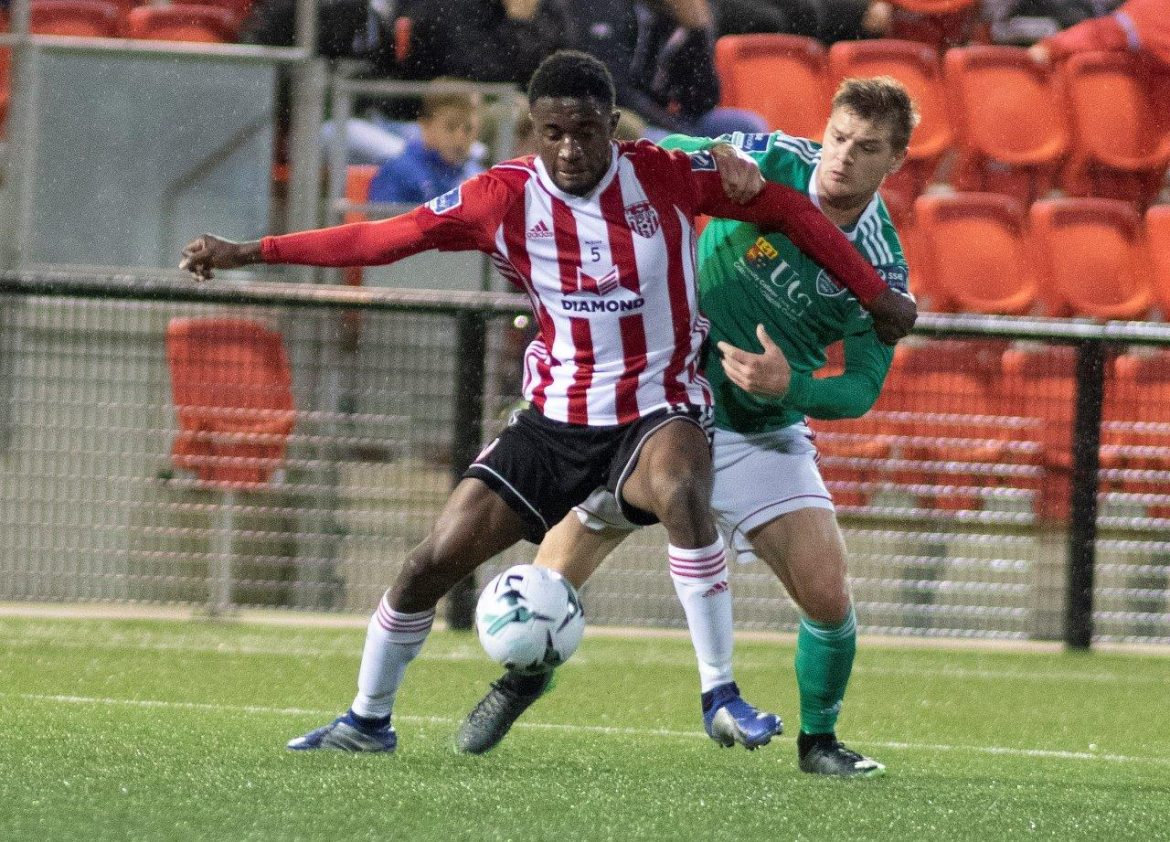 Derry City moved a point clear of Bohemians and into third place after an emphatic 4-0 victory over Cork City at the Ryan McBride Brandywell Stadium on Friday night.

Cork City were outclassed by a quick and eager Derry side, who returned to winning ways at home.

Goals from Eoin Toal, two from Junior Ogedi Uzwoke and a second-half own goal from Colm Horgan proved vital in a rather monotonous affair.

It was a convincing display from the Lone Moor Road side following their draw against Bohs on Friday last and one that puts them in control in the race for Europe with four games remaining.

And, after a laboured start, Cork City had the first clear-cut opportunity of the game when Daire O’Connor had a worthy effort on the edge of the area denied by Peter Cherrie after five minutes.

The deadlock was broken after 41 minutes when a long throw-in from Parkhouse caused concerns in Cork’s backline – Ally Gilchrist directing his nodded effort into the danger area before Eoin Toal secured the first goal from five yards. 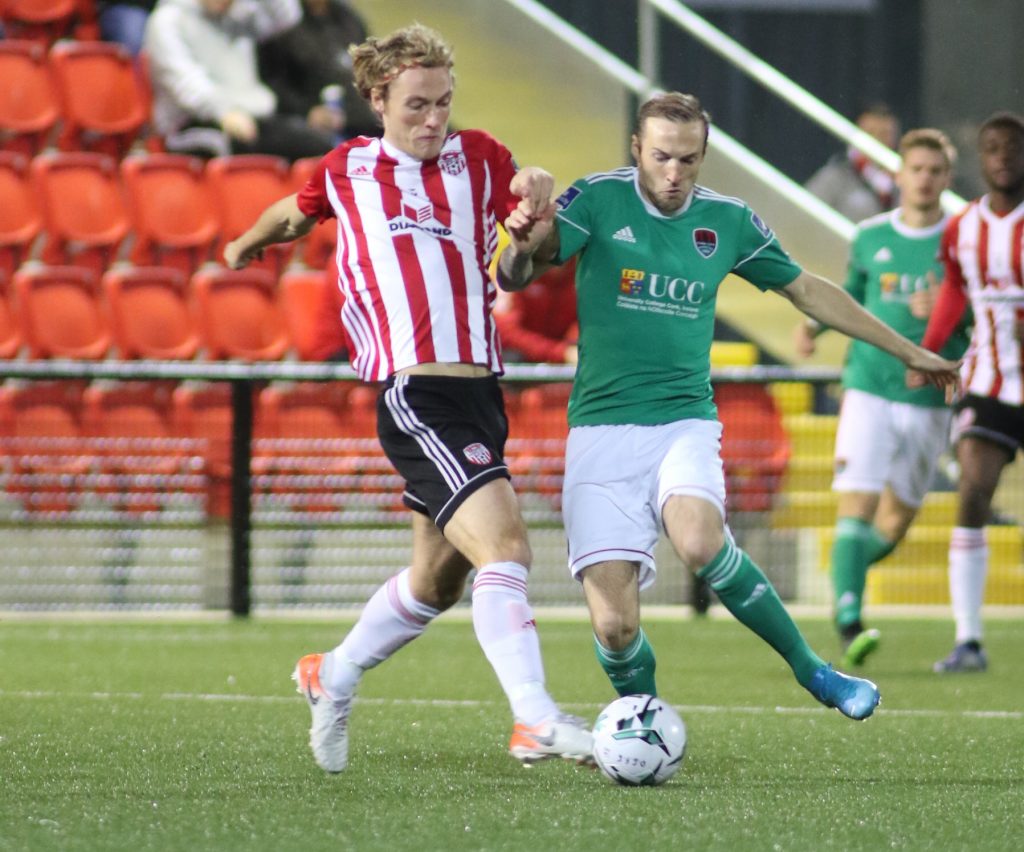 From here, Devine’s outfit took full control, dealing Cork a double sucker punch as they grew their lead just before the interval when former Candystripes midfielder Conor McCormack conceded possession cheaply and Junior made no mistake.

After the break, the Foylesiders maintained control for the opening 15 minutes, but it was Neale Fenn’s side that went closest after the hour mark when Garry Buckley saw his effort skim beyond the post.

But Derry never really went beyond first gear in the second half and when they notched it up a level after 74 minutes they extended their lead.

Barry McNamee’s lofted free-kick was well-directed towards Junior whose nodded effort looked certain to be Derry’s third of the night, but Ryan initially did well to parry the effort away from danger only for defender Colm Horgan to bundle into his own net.

An extra layer of gloss was added deep into injury time when Junior slotted home his second of the contest to secure his 11th goal of the season and 13th overall in what has been a thrilling season for the Colchester United youngster.

Derry City move into third as they see of Cork City in emphatic fashion was last modified: October 1st, 2019 by Shaun Keenan