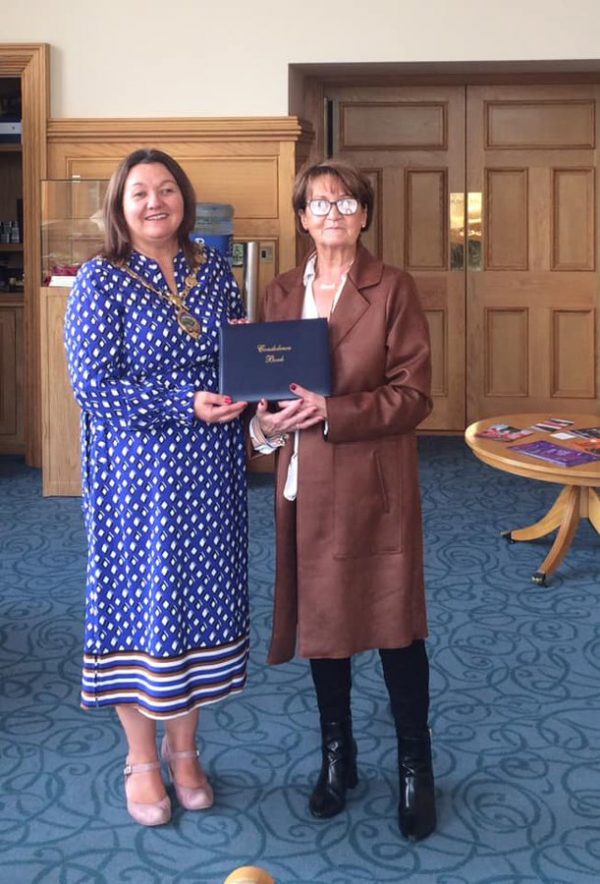 Mr Cooper was one of the leaders of the civil rights march in Derry in 1972 that ended in 13 people being shot dead on Bloody Sunday.

The campaigner for justice and equality for all died on Wednesday, June 26. He was aged 75.

The Mayor tweeted: “Proud to host Ivan Cooper’s wife Frances and Granddaughter Cashel in the Parlour this week to present books of condolences in his honour signed by the citizens of the city and district and beyond.”

Veteran SDLP politicians Brid Rodgers and Alasdair McDonnell and family members of those killed and injured on Bloody Sunday were also among those who attended the funeral service.

In his funeral oration, Archdeacon Robert Millar said Mr Cooper “wanted a future better than the past”.

“He challenged all of us, whatever part of the community we came from and whatever our position in society,” said Archdeacon Millar.