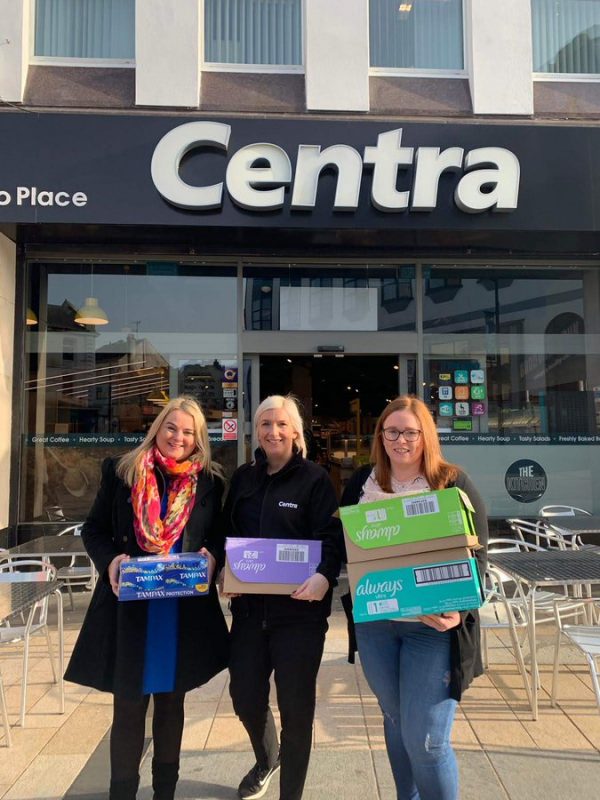 SINN Féin Health spokesperson Councillor Sandra Duffy has paid tribute to the Period Poverty Campaigners behind “On the Ball” on reaching the magic 100 football clubs joining the campaign to provide free sanitary products in as many sporting grounds and public buildings as possible to combat the ever growing issue of period poverty.

Just this week Drogheda United became the 100th club to sign up.

The club said: “Drogheda United are delighted to announce that we have joined the @OnTheBaw campaign to make period products freely available at United Park.

“We’re also pleased to say we are now the 100th club to join the On The Ball campaign.

“A fantastic achievement for “On The Ball”.

Councillor Sandra Duffy said: “This is a fantastic achievement for Orlaith, Erin and Mikaela.

“They have inspired people everywhere to support this campaign and just shows the power of the positive use of social media and their dedication in bringing the issue of period poverty to the fore.

“Locally I am heartened by the people of Derry and Strabane for their support in helping my efforts to progress the campaign locally, their donations and help from local schools and businesses.

“I was pleased that my motion was passed in council for the trial of the Period poverty campaign at the Guildhall, the council offices in both Derry and Strabane, and in keeping with the “On The Ball” campaign to look at the feasibility of providing free sanitary products at other council facilities including the Ryan McBride Brandywell Stadium.

“It’s important that we continue on with pushing this issue locally and raise awareness of period poverty,” she added.