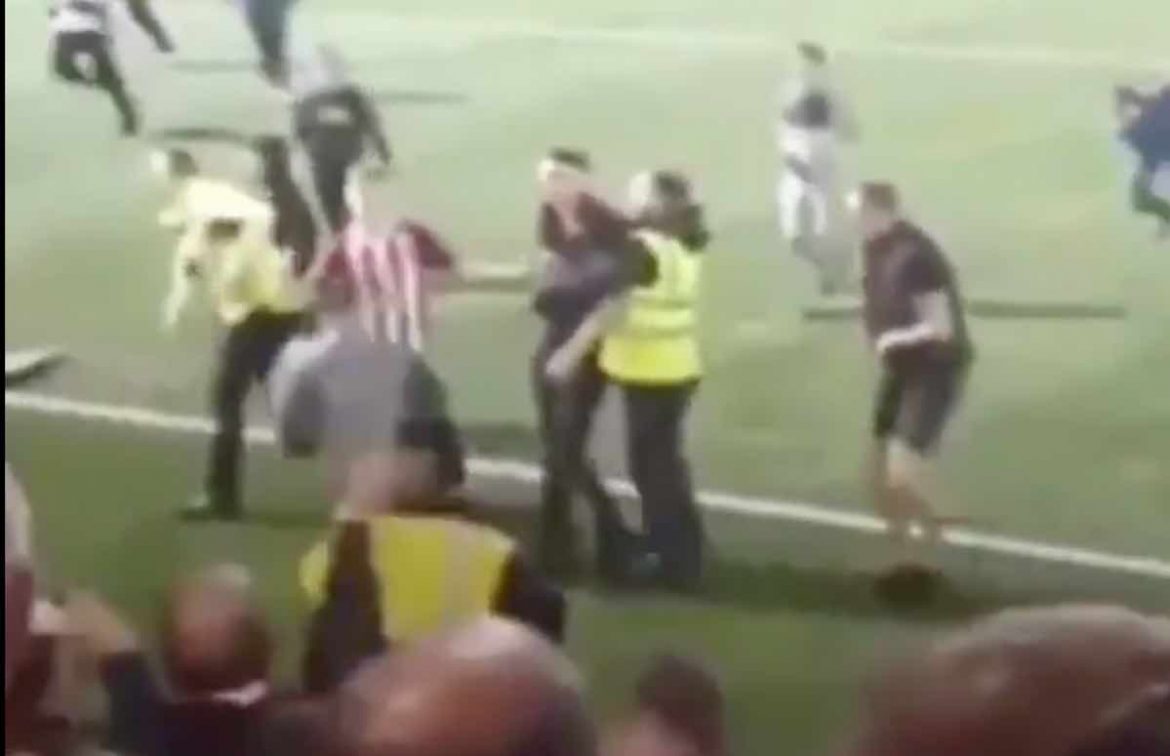 Dundalk have condemned the behaviour of a small minority of their supporters after Saturday’s EA Sports Cup final win over Derry City at the Brandywell.

Both sets of supporters invaded the pitch at the Ryan McBride Brandywell Stadium after the final whistle following Dundalk’s victory over the Candystripes on penalties in the EA Sports Cup.

At a time of celebration for the team and the vast majority of supporters, this small number of troublemakers let the club down with their behaviour.

The club does not condone any spectators invading the playing surface. We are seeking to identify the perpetrators and, in particular, those who subsequently clashed with Derry City supporters on and off the pitch.

Dundalk Football Club is proud to be an inclusive, family-orientated club. Anyone who wishes to behave in the way we sadly witnessed on Saturday is not welcome at the club. We do not need their support.

We have already identified four of the main instigators, each of whom will receive lengthy bans from attending any matches at Oriel Park.

We are continuing to investigate the incident and appeal to any supporters who can help identify any of the troublemakers. If you have names, photos or social media footage of those people involved, please bring this to the attention of Dundalk Football Club to help with our investigations.

We would like to put on record our thanks to the overwhelming majority of supporters for their behaviour on Saturday night. You travelled a long distance for a late kick-off time in huge numbers and your loud and constant support of the team throughout the game was fantastic, as it has been all season.

Furthermore, the anger that you directed at those who let the club down as they returned to the stand spoke for all true Dundalk supporters, whose reputation should not be tarnished by the behaviour of a small minority of troublemakers.”