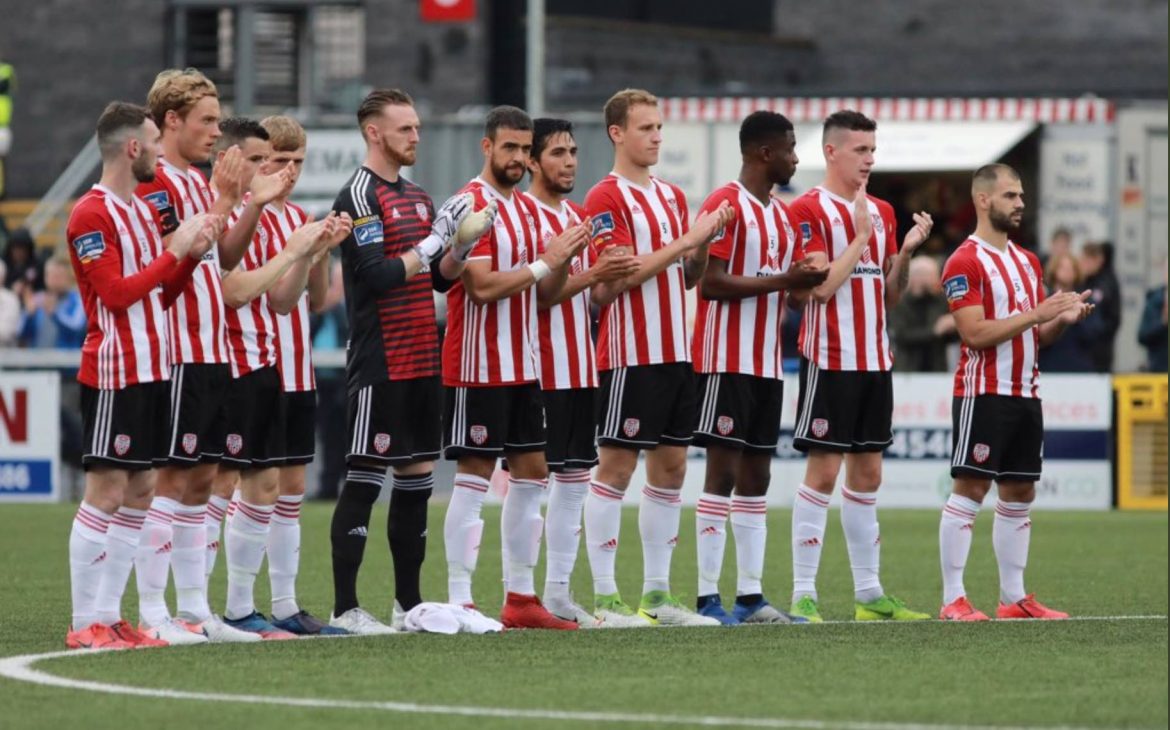 DECLAN DEVINE has urged his valiant Derry outfit to push on for the rest of the season in their quest for European football next year.

Derry City narrowly lost out on Saturday in the EA Sports Cup final against Dundalk in a penalty shoot – following a thrilling 120-minute contest that ended 2-2.

In normal time, goals from David Parkhouse and Junior Ogedi Uzokwe were cancelled out by Michael Duffy and Sean Gannon.

Two missed spot-kicks from Derry youngster Jack Malone and central-defender Ally Gilchrist proved the difference but Devine insists he was ‘immensely proud’ of his side despite the end result.

He said: “We came in here last year with attendances of 700 and 800 and we saw 5000 people in the stadium, with every seat filled and every single fan on their feet driving us across the line and we’ve done everything (to win the game).

6″I am immensely proud of my players tonight. There is no hard feeling over the missing of a penalty or the sending off, we just got to accept our defeat but we also have to realise that this football club is a very special place and we need to drive it on over the next six weeks.”

City will now turn their attention to Friday’s crucial clash with Bohemians at the Ryan McBride Brandywell Stadium knowing a victory will see them propel the Dublin side into third spot with a game in hand.

“We are only starting, that was the start there tonight.

“The season is no-where near over, there are six cups final to be played, bigger games in many ways than the cup final,” Devine added.  “We are going to have to up it again to make sure we finish the season the right way.”