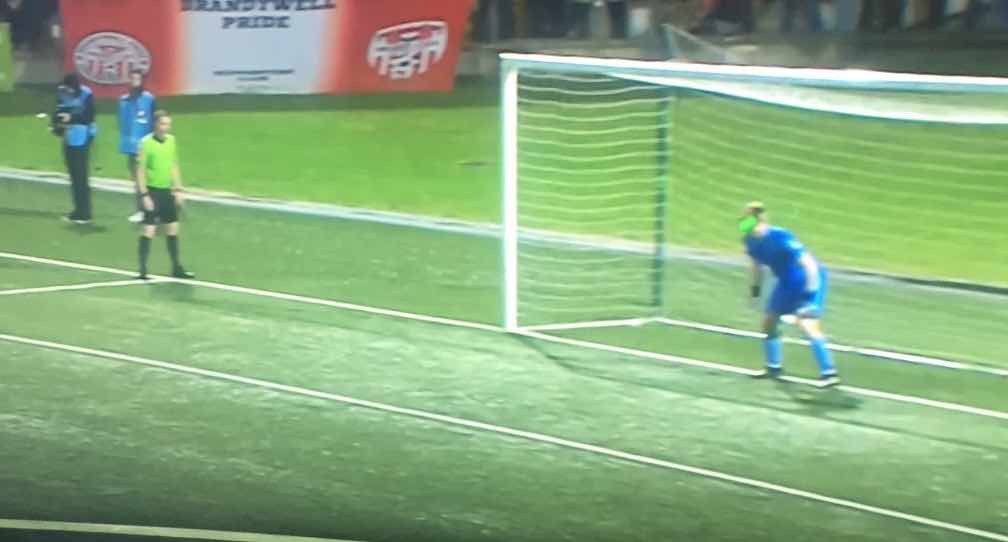 THE FAI are expected to investigate the directing of a laser towards Dundalk’s Aaron McCarey during Saturday’s EA Sports Cup final clash with Derry City.

Footage from the Eir Sport cameras during the tie at the Ryan McBride Brandywell Stadium shows a green light appearing on Dundalk and former Ireland U21 goalkeeper McCarey’s face as he prepared to save a spot-kick in the penalty shoot-out at the end of the contest.

McCarey failed to save Derry’s opening penalty from Jamie McDonagh’s despite Dundalk winning the contest 5-6.

The game finished 2-2 after extra time.

The FAI said on Sunday it would make no comment until referee Rob Hennessy has submitted his match report.

The penalties were taken at the end of the ground housing Derry supporters, with around a few hundred home supporters in attendance.